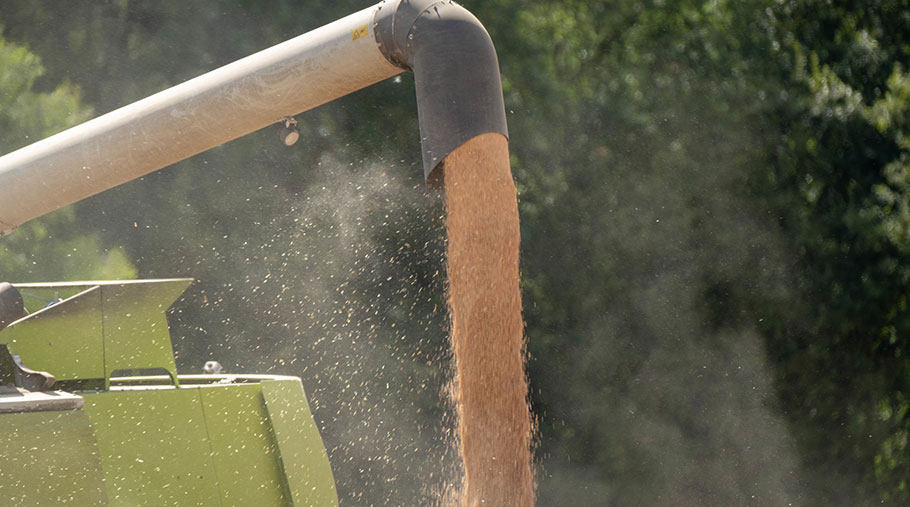 About three-quarters of the total British cereal and oilseed crop area has been harvested, which is a week earlier than normal, according to the latest Adas report.

However, the more changeable weather seen in recent days has seen progress slow down in the North, with only 7% of spring barley cut in the North East.

Grain quality continues to be good, with yields better than expected in many areas, given the challenging growing conditions experienced this year.

In particular, yields on heavier soils – where moisture retention has been higher – have exceeded expectations.

Elsewhere on lighter land, yields are largely dependent on levels of rainfall over the past few months and have suffered in some parts, says the report.

Overall, after a challenging growing season, yields are on par with or slightly below the GB five-year average.

Here are some key findings from the Adas report produced for the week ending 14 August.

The NFU is once again running its harvest survey to give the sector an early look at this year’s harvest performance in what has been a challenging season. Farmers in England and Wales wishing to take part have until 23 September to get involved. The survey form can be found on the NFU website.