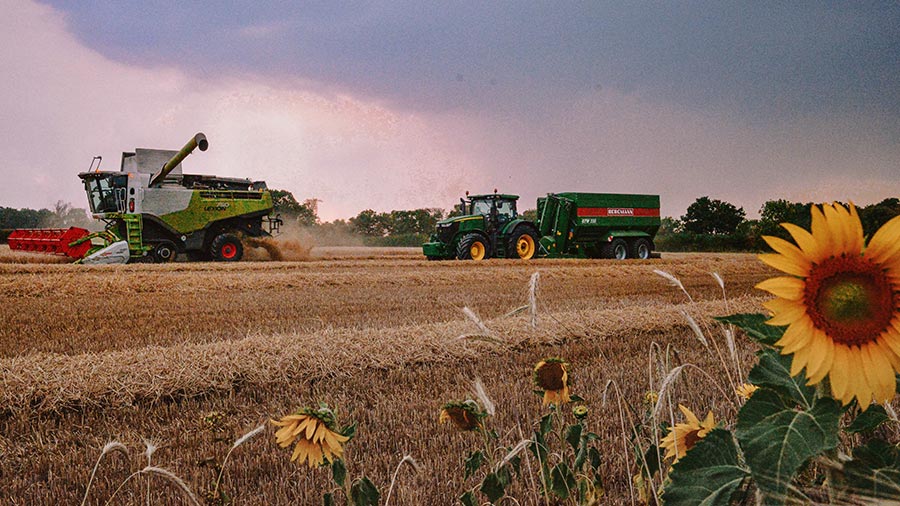 Poor cereal yields across much of the country are likely to make this harvest among the worst for 30 years, suggest the latest estimates by industry analysts.

UK wheat production is expected to be less than 10m tonnes for 2019-20 – much lower than the five-year average of about 15m tonnes and well below the 16.2m tonnes achieved last year – as extreme weather continues to take its toll in one the most challenging seasons in memory.

“The overall picture on yields is that they are well below the high yields achieved in 2019, and also below the long-term average,” says the latest harvest update prepared by Adas for the Agriculture and Horticulture Development Board.

“Yields across all crops are highly variable, with bare patches and thin areas affecting many crops, resulting in reduced average yields.

“This variability and patchy nature of the crops makes forecasting of yields challenging.”

The harvest update covers the situation up to 11 August.

It suggests wheat yields are 7-15% below the five-year average of 8.4t/ha – and lower yields for winter barley and winter oilseed rape, too.

But the situation has since deteriorated further due to a mini heatwave followed by heavy rainfall.

The NFU has suggested yields overall could be down by about one-third, making it the worst harvest since the 1980s.

It follows a season of record-breaking weather events – including a wet autumn and dry spring followed by a hot July.

“The very wet winter followed by a dry spring meant the whole of the country was badly affected.”

In some places, they were followed by heavy rain causing flash floods.

Kent-based grain trader Tim Porter of Cefetra said it was important to remember output would also be down because less wheat was drilled last autumn.

“We’ve seen varying yield results, but we can’t get away from the fact that a reduced area was planted.”

The Met Office forecasts further rain – which could potentially become heavy – during the coming week, accompanied by some strong winds at times.

Growers are being urged to help industry leaders assess the impact of extreme weather on crop yields and quality by completing the NFU’s annual harvest survey.

This year’s survey – which includes a section on cropping plans for 2020-21 – is expected to confirm a move away from oilseed rape as well as low yields.

The survey closes on Sunday 27 September.

All responses will be treated in confidence.