While this year’s winter wheat crop may have been distinctly average, it was better than feared after the winter barley disaster and the poor French results which saw devastating losses on the Continent.

As reports of poor wheat yields and quality across France reached British shores, many expected to see a similar trend here. 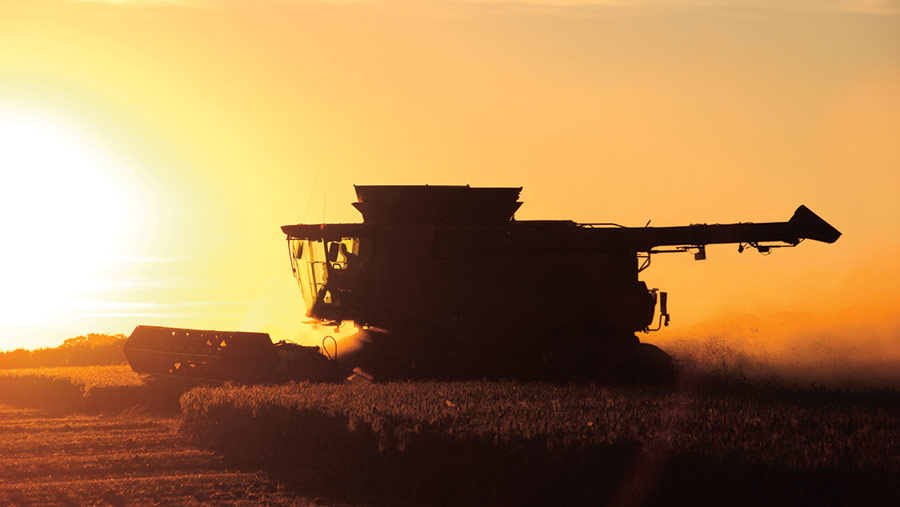 But once the combines started to roll – about two weeks later than normal – it soon became clear British wheat had fared a lot better, with some very good milling quality and yields about the five-year average.

“It was still slightly disappointing after the past two years, which produced some very good yields,” says James Short, Kent-based agronomist at Hutchinsons.

“But it’s been a very difficult growing year. Wheat yields have been average – albeit extremely variable, with free-draining, easy-working soils performing better than heavy land in Kent.”

“BYDV was really bad on some farms because of the mild and wet winter – aphids caused a lot of damage in some situations.”

Although most farmers controlled foliar disease quite well, the dull, damp weather in June proved problematic, says Mr Short. “It meant that there was poor grain fill and a lot of ear disease, fusarium and sooty mould in particular.”

According to an Adas crop report, national yields have come in at 7.8-8.0t/ha, very close to the five-year average of 7.9t/ha.

“In the Eastern region, early wheat yields are typically just above the farm average.

“In contrast, in the Midlands, South East, Scotland and Wales yields are typically just below (1-3%) the average,” it says.

“There are also wide yield variations between fields, with farm yields ranging between 2.5t/ha and 12.5t/ha.”

The best yields have typically come from feed varieties grown on heavy land.

“However, in some regions lighter soils have outperformed heavier soils by up to 1t/ha.”

Milling wheat quality has been generally good, although specific weights have been lower than normal, at 72-78kg/hl, and screenings have been high.

“Protein has been very good, which is more a reflection of the lower yields,” says Mr Short

Perhaps surprisingly, given the dry harvest, Hagbergs have been very variable, he adds.

“Some have been very good and some very low, reflecting the poor grain fill. Where the grain has shrivelled the Hagbergs have been poor.”

Milling wheat quality has been good for most, with specific weights averaging close to 78kg/hl, protein contents about 0.5 percentage points above last year and Hagbergs more than 300 seconds.

“Hagbergs in later feed wheats might struggle though,” she warns.

Protein contents in feed wheat have also been good, which may ultimately encourage feed manufacturers to use a higher percentage of UK feed wheat this season, in preference to soya and rape meal.

Although there hasn’t been much regional variation, there has been a marked difference between Group 1 and 2 two yields against Group 3s and 4s, with the former performing better than the latter for many producers, adds Mrs Pryce.

“I’m not entirely sure why that is, but it could be that farmers used more home-saved feed wheat seed this year, which, ultimately may not have performed as well as certified seed,” she says.

AHDB Recommended List trials produced a winter yield average of 10.75t/ha, compared with the five-year average of 10.63t/ha. Specific weights averaged 77kg/hl, with Hagbergs at 270 seconds and protein at 11.9%.

Farmers planted slightly less wheat in 2015-16 than the year before, but the area of Group 1 varieties was the highest on record, at more than 400,000ha.

“Even an average full-specification pass rate would lead to relatively good milling wheat supplies – a good quality season could add further to this and potentially mean the highest domestic bread wheat supply in at least 10 years,” says Arthur Marshall, analyst at AHDB.

Among the Group 1 varieties in the Recommended List trials, Skyfall performed the best this year, yielding 99% of the control. Trinity, Crusoe and Gallant came in at 98% – all similar to their five-year averages.

However, Illustrious had a disappointing year, yielding 94% of the control against its five-year average of 98%.

Basset and Conversion were slightly disappointing at 97%, with Claire and Scout completely outclassed at 93% and 91%, respectively. Unlike the other groups, almost all Group 3 varieties performed well below their five-year average.

In the Recommended List trials, Group 4 varieties led the way on outright yield. Belgrade outperformed its five-year average to top the table at 107%, with Graham at 105% and Crispin and Silverstone at 104%.

Untreated yield data shows Reflection, which is susceptible to yellow rust, averaged just 3.2t/ha, while Graham – which has good resistance to both Septoria tritici and yellow rust – held up well, with an average yield of 8.52t/ha.

In line with the rest of harvest 2016, peas and beans have had a disappointing year, with yields up to 20% below average.

According to Roger Vickers, chief executive of Processors’ and Growers’ Research Organisation, pea quality has been variable but generally good. 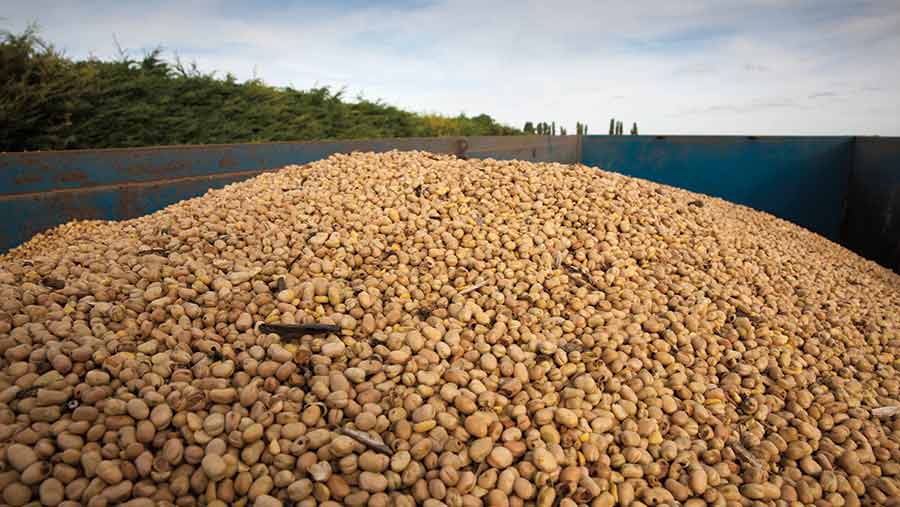 “There have been the usual early post-harvest issues affecting soakability, although these are often ameliorated by storage,” he says.

Winter beans have been extremely mixed

“A large proportion have not made the grade for human consumption, appearing less than pleasing visually with shrivelled grains and surface staining – but equally we have seen some very nice samples.”

Spring beans had a better growing season, although they also had a cold wet start, followed by a cool damp flowering period, he adds.

Mr Vickers believes the generally cold and wet spring – broken by a short heat wave in early July before returning to cool and damp – is behind the lower yields.

“Beans got off to a late and slow start and were trying to flower in a cold, wet period – only in August has the country seen a prolonged warm drier spell that was too late to help yields.”

Early on in the season pea and bean weevil infestation was significant, and chocolate spot and cercospora pressure was high, says Mr Vickers.

“Crops were largely finished off by rust in many areas.