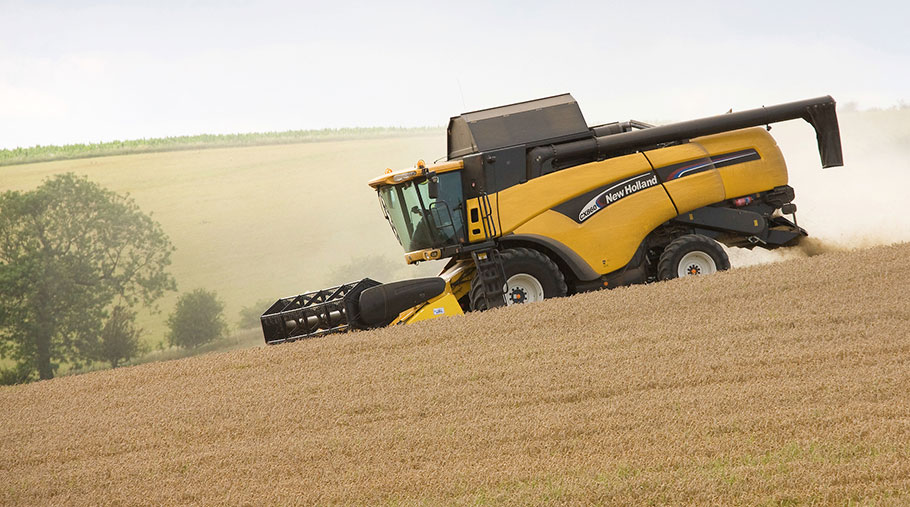 The wheat harvest is only just starting for some growers in the North while for others further south, only a few standing crops remain.

However, there are some concerns over how the weather has affected spring barley crops which are still to be cut.

On the Scottish border farm manager Jim Macfarlane has started his wheat at Edrington Mains Farm, having finished oilseed rape and winter barley.

The 44ha of Anastasia oilseed rape averaged 3t/ha which is pleasing, said Mr Macfarlane. “I’m very pleased with it given how dry it’s been.”

However, the 17ha of Talisman winter barley only averaged 7.2t/ha. “It went in very poor and never looked particularly well – but the quality was very good.”

Mr Macfarlane has reasonable hopes for his wheat as the heavy land has coped well in the drought. “I haven’t got any real concerns – all the crops are standing.”

Moving down the country to St Asaph, contractor Glynn Jones hopes to finish harvest next week.

Graham and Dickins wheat are a bit disappointing at 10.5t/ha, but the quality is good, he said. “It just hadn’t filled out although the specific weight was 77kg/hl which is not too bad.”

Many farmers in the area had cut cereals as wholecrop this year, to boost forage stocks, reducing his contracted area from 607ha to 485ha. 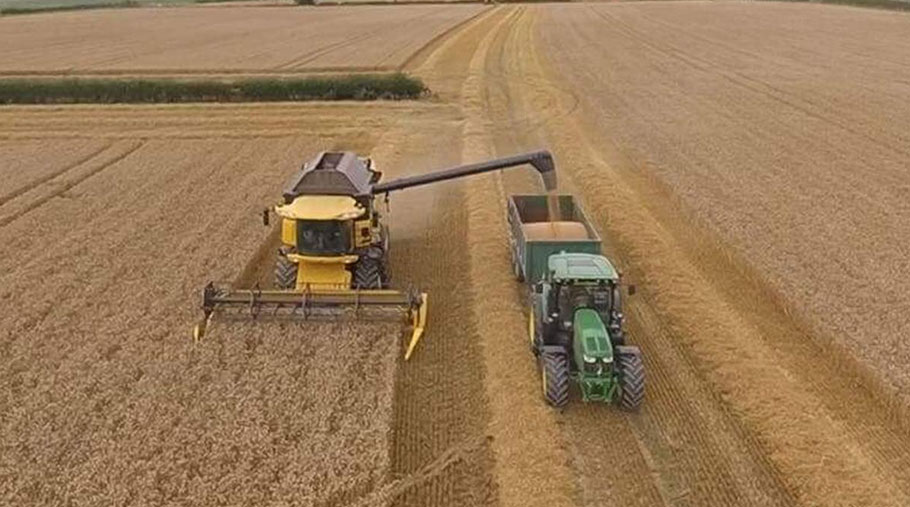 The 28ha of his own California barley varied on different parts of the farm, averaging at most 7.5t/ha, while Elgar oilseed rape came in at 4.75t/ha.

He is happy with the specific weights of Zyatt winter wheat, which averaged 80kg/hl.

“Yields are down on previous years – this year was 10t/ha and we would normally expect 12t/ha. It had a lot of potential, but the grains just never filled,” he said.

Mr Hartley is also disappointed with his 70ha of Dariot oilseed rape. “It was pretty terrible – it suffered a lot with pigeon damage – the best of it managed 5t/ha while the worst averaged 3t/ha,” he said.

However, he is pleased with Laureate winter barley, which averaged over 8t/ha.

Over near Bristol, Daniel Harding has finished cutting spring barley, winter wheat and oilseed rape at Alvis contracting, Redhill, Somerset, and is about four days away from finishing the farm’s own 607ha altogether.

Mr Harding’s own Campus and Barbados oilseed rape averaged 3.4t/ha “We used to get an average of 5.4t/ha however in the past couple of years we’ve only averaged about 3t/ha,” Mr Harding said.

Of his 72ha of winter wheat he found Siskin and Costello did not perform as well as Graham, with yields of 6.6t/ha and 9.1t/ha, respectively. He is happy with the bushel weights at 70kg/hl.

His Mascani winter oats averaged 7t/ha, however, the specific weights are lower than expected at 50kg/hl.

Mr Harding also has concerns over the 36ha of spring barley.

“It was really wet in May and we couldn’t get it all drilled until the middle of May. It seems winter drilled crops have held out a lot better than the spring-drilled crops.”