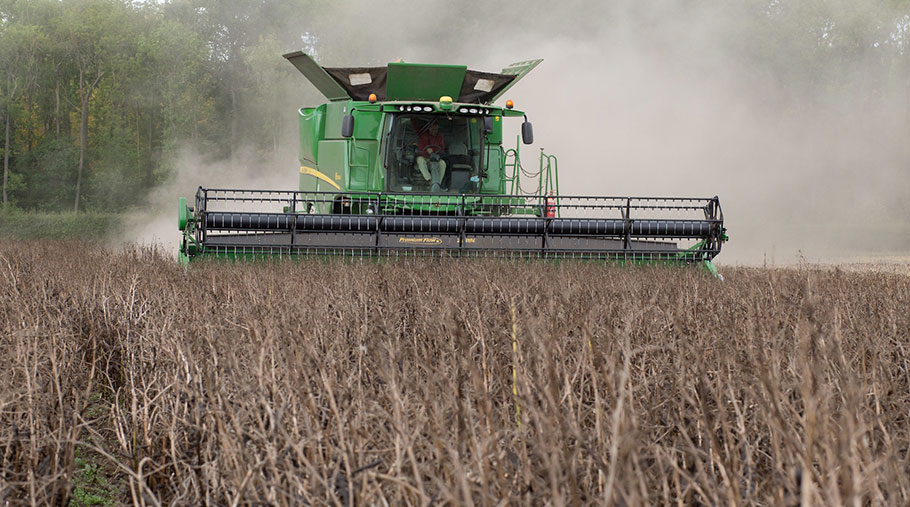 As harvest draws to a close with mostly just spring barley left to cut, winter beans stand out as being particularly disappointing this season.

For others, unacceptably low oilseed rape yields have seen it dropped from next year’s rotation.

In Dorset, Clive Tory has finished his 85ha of Tundra winter beans at Lower Almer Farms, Blandford Forum, after clearing up 60ha of oilseed rape and 242ha of wheat.

The beans have been disappointing, averaging 4.4t/ha against normal expectations of 6.2t/ha, although the quality was looking really good, said Mr Tory.

The Crusoe, Skyfall, Graham and Zyatt wheat also produced a very nice sample, with Crusoe reaching 14% protein and winning a milling prize at the local show. Skyfall has a respectable bushel weight of 83kg/hl.

However, yields were way below average, at just over 10t/ha against a normal average of 12t/ha.

Yields from the Exalte and Ailzze oilseed rape were also unexciting, at 3.7t/ha, said Mr Tory. “This year we were hoping to break our record of 5.6t/ha but the weather took the edge off. But we’re not complaining – there were no drying costs.

The Funky winter barley was quite good, considering the weather, he said. “It was a surprisingly good yield at 9.1t/ha – which is better than our normal average.”

However, the Montana, Evolution, Gravity and Reflection wheat was a bit disappointing, at just over 8t/ha. Evolution topped the list at 8.6t/ha while Montana brought up the rear at 7.4t/ha.

Right at the bottom of the scale was the borage, which produced a dismal 0.25t/ha.

The dry weather has posed a couple of problems for Mr Kerr as the moisture has been too low on some of his crops and he suffered a small combine fire.

“We had no measurable rain for nine weeks – the spring crops around here really suffered.”

Across in Wales, Geoff Thomas had made a start on 32ha of spring barley after finishing 10ha of oilseed rape and 18ha of winter barley at Pantycoch Farm, Letterston.

The Laureate spring barley was averaging 7t/ha, said Mr Thomas. “It was blooming good – a bit of a surprise. We were expecting it to be shrivelled and plain, so we’re optimistic for the rest now,” he added.

Bazooka winter barley also yielded 7t/ha, with Surge just slightly falling behind. “It’s not half as bad as we were expecting.”

Platinium oilseed rape yielded just over 2.4t/ha. “It was not very inspiring – we’ve decided not to grow oilseed rape again,” he said.

In Scotland, harvest wasn’t far from finished for Scott Campbell at Kirkton Farm, Kinellar. Having completed winter barley, oilseed rape and wheat, he had just made a start on spring barley.

The nitrogen in Concerto spring barley was a little high at 1.75%, but judging from a hand sample, the Laureate looked much better, he said.

“It was a big bold seed with 1% screening – I’m hoping for 6t/ha.” Even so, he would normally expect a yield 10% higher than that.

The 62ha of Barrel and Monroe wheat was very mixed, although Barrel’s bushel weight was 79kg/hl, which compensated for the yield, said Mr Campbell.

The Platinium oilseed rape was directly cut and yielded 4t/ha over 63ha, however some of the pods were a little burned, he said.