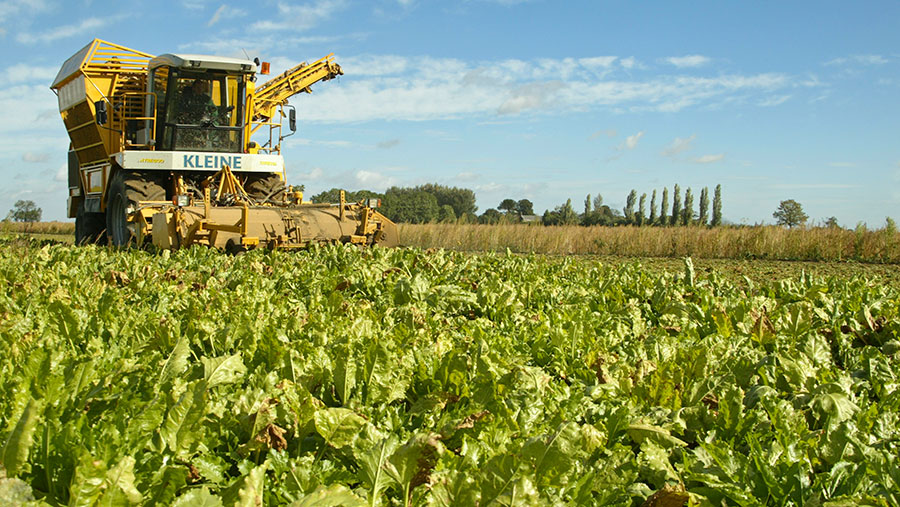 The sugar beet harvest this season is expected to “at least” match that of last year as higher beet yields, prompted by good growing conditions, offset a fall in the beet area.

Beet processor British Sugar said the UK crop had advanced well recently, and yields are likely to improve over the average 69t/ha seen in 2018 while the area this season fell 7% to just over 102,000ha.

“Early indications are that production for the 2019/20 campaign will be at least the 1.15m tonnes (of sugar) produced last year, with an improvement in beet yield and a 7% reduction in crop area,” the group said in a statement.

Beet yields from the UK’s 3,000-plus growers dropped last year from the record 83.4t/ha achieved in 2017 across all the four factories areas of Bury St Edmunds in Suffolk, Wissington and Cantley in Norfolk, and Newark in Nottinghamshire.

The group added that early indications show  European Union sugar production for this season will  remain at lower levels following a fall in the crop area, meaning stocks are forecast to remain low, which in turn should underpin higher spot EU sugar prices.