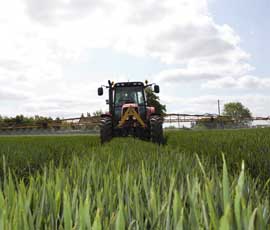 The risk of wheat bulb fly, which can result in yield losses of up to 4t/ha, is lower than last year’s high, according to results of a HGCA survey. But it remains a threat for late-drilled crops in high-risk areas.

Results from HGCA’s autumn wheat bulb fly survey, conducted by ADAS with support from Syngenta, found that in eastern England, average egg numbers were 179/sq m compared with 309/sq m in 2010. High or very high egg populations were found in five (19%) of the sampled fields, which compares favourably with levels of 55% and 28% for 2010 and 2009, respectively. This year’s high risk fields followed vining peas and potatoes.

In northern England, there were no fields in the very high-risk category, but three (20%) were deemed high risk. However, average counts for northern England remained similar to 2010 at 161/sq m. High-risk sites in the North followed potatoes.

“There is no simple answer why we have seen a decrease in egg populations this year, but numbers are thought to be linked to pre-harvest rainfall, and the dry conditions experienced, particularly in the East, may have had an effect,” said ADAS entomologist Steve Ellis.

Overall, 20% of the 41 fields sampled had egg populations greater than the high-risk 250/sq m threshold, compared with the long-term average of 23%.

“Even though this year’s results are lower than last season, growers should still consider the risk in their region carefully when deciding what action to take,” added HGCA research manager Caroline Nicholls.

“Late-autumn sown crops in high-risk areas will require the most attention, but even moderate risk areas should be carefully managed as the pest threshold is much lower for crops sown from November onwards.”