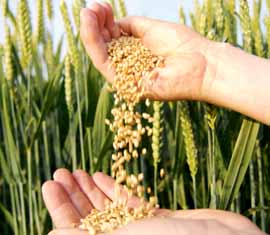 Yield is king, and never more so than with this season’s high grain prices, which is why it will make sense to invest in fungicides that maximise wheat yields this spring, according to Mark Hall, a business analyst for Syngenta.

Speaking at the press launch of Syngenta’s new wheat fungicide, Seguris, he outlined the economic factors that he thought made using new fungicide technology a sensible decision.

UK wheat prices had almost doubled in the past 12 months, he said. “And while prices have dipped recently it will be be short-lived.

“Growers are in for a good year in terms of profitability.”

But maximising yields was crucial to take advantage of high grain prices, as costs had also increased markedly in recent years. The latest Anglia Farmers’ Agflation Index figures suggested an increase of about 55% in the costs of operating an arable farm since 2006, well above the 29% compound inflation rate over that period. Fertiliser and fuel had been the main contributory factors, Mr Hall said.

That meant the cost of production of a tonne of wheat had increased by more than £25/t since 2007, according to figures produced by Andersons and Syngenta, with a further small rise predicted for 2011 due to increased fertiliser prices.

Using those figures, growers producing yields of 7t/ha would only be making about £17/t profit if they sold forward at the current £160/t for November wheat, compared with more than £55/t at yields of 10t/ha (see graphic).

“It is a year to go all out for yield,” Mr Hall stressed.

On-farm average yields appeared to reach a plateau of about 8t/ha in recent seasons, however, according to DEFRA statistics.

That could be because growers had been farming for cost rather than output at lower grain prices, suggested Paul Varney, Syngenta’s fungicide product manager. “We’ve seen new technology launched, growers cutting rates back so they are spending as much as they did previously, and then not seeing any benefit.”

The same would apply if Syngenta’s new SDHI fungicide, Seguris, was used below three-quarter dose, he said. “The reality is the Chemicals Regulation Directorate has already done the rate cutting for growers.”

There was some rate flexibility with the rust diseases, with rates lower than 0.75 litres/ha giving good control, but much less so with septoria, he said. “There isn’t a crop in the UK with just rust.”

More importantly, it was using the new fungicides at higher rates that unlocked the yield responses growers would want. “There is money to be made from increasing doses,” he said.

For example, across 15 trials in 2009 and 2010, where half, three-quarter and full doses of Seguris had been applied, an extra £37/ha was made from the three-quarter dose over the half dose, and another £10/ha on top from using the full dose.

“Seguris will deliver extra yield and be very valuable to growers,” he said. “It should help encourage growers to go all out for yield.” 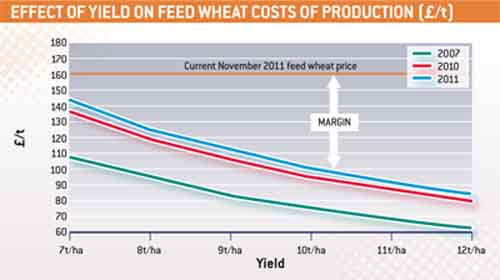