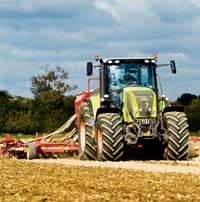 The combination of high stock carryover and falling demand meant that maltsters had enough supply to last them for two thirds of the year, he said.

“In the UK, spring barley production was up by 25% in 2009. Both plantings and yields were higher than normal and that situation was echoed across north west Europe.”

While the UK malting industry usually bought 1.9million tonnes of malting barley, the first three months of this marketing year saw usage fall by 18%, he said.

“That was a result of falling beer sales, which reduced the demand for malt. Beer sales started to fall in the second quarter of 2008 as the recession hit, although there are some signs that stability could be returning.”

Malt whisky production had also experienced a knee-jerk stop due to the recession, he noted.

Looking ahead, Mr King said the 2010 winter malting barley area was down by 5-10%, as growers had walked away from a crop that couldn’t compete with wheat. Demand was expected to be similar to 2009 at 1.6-17m tonnes.

“If we produce another good quality crop, the market will still be oversupplied. Only if there are problems in two of the major production areas will we see a tight market.”

However, 2011 could be a very different year, he predicted. “By then, stocks will have been used up and world economies should be growing again.”