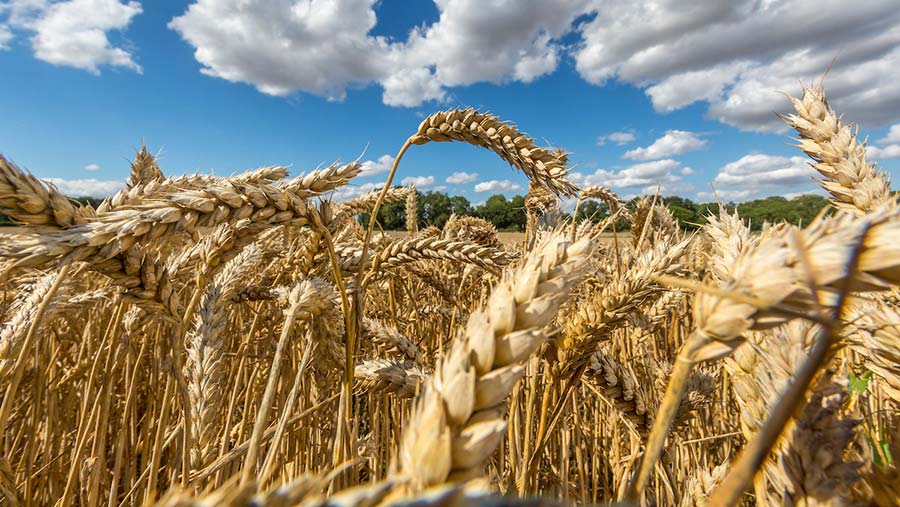 Modern wheat varieties have been shown to be able to support colonies of nutrient-unlocking soil fungi in trials held by agronomy company ProCam.

Samples of root taken from the Essex farm of Soil Farmer of the Year Simon Cowell, showed that he had arbuscular mycorrhizal fungi (AMF) colonisation of around 70% – the highest level ever seen by the company.

AMF have a symbiotic relationship with plant roots, extracting mineral nutrients and water from the soil in exchange for organic carbon compounds from the plant. AMF colonisation is usually found to be around 5%.

Plants with high levels of AMF on their roots have increased resistance to pathogens, increased drought tolerance and increased crop quality and yield.

Mr Cowell was named 2018’s top soil farmer by the Farm Carbon Cutting Toolkit earlier this year for his efforts to improve soil health on the farm by practising no-till for 12 years, the use of homemade compost and diverse rotation.

There were doubts as to whether modern varieties of wheat still had the ability to support colonies of AMF, or whether it was lost through breeding.

However, the trials found that all the wheat varieties tested were capable of AMF colonisation to varying degrees.

The tests on Mr Cowell’s farm were part of a larger trial across five different farms in Kent and Essex into the benefits of plant growth promoting rhizobacteria (PGPR) to wheat.

Biofertiliser company Plantworks has for the first time created a mix of four PGPR that are specifically beneficial to wheat.

Where the mix was applied on the five farms, wheat crops had significantly increased ear counts and higher grain weights.

The average wheat ear count across the five farms, which are a range of sizes and use a mix of management strategies from complete conservation to conventional, showed a significant increase from below 450 ears/sq m, to around 500 ears/sq m.

However, when two applications of the mix were made – one in the autumn followed by another in the spring – the potential created by the increased number of ears was able to be translated into grain weight.

Two applications were made on Mr Cowell’s farm of the Smart Rotations SR3 wheat product, and average ear counts increased by 20%, from 350 ears/sq m to 437 ears/sq m.

Grain fill was also higher, producing a yield of 7.5t/ha compared with 6.2t/ha in the control – a 17% increase.

For this reason, the biofertiliser company is recommending two doses of the bioinoculant be made, one in autumn to focus on tillering potential and a second at the T0-T1 timing.

The bacteria should be applied in a minimum of 200litres of water with a standard crop sprayer, before or with rain using a low-pressure setting and coarse droplets. Currently there are no recommended tank mixes.

The increase in grain weight at Mr Cowell’s farm can also be attributed to his huge natural colony of AMF, as where the two microbes are found together they amplify the positive effect.

To enable the bacteria mix to work to its full potential, the biofertiliser group advises that growers who plough should top up their fungi levels by drilling its granular product with a cover crop before a spring wheat.

AMF only need to be reintroduced once every five years, while the bacteria will need to be applied every season.