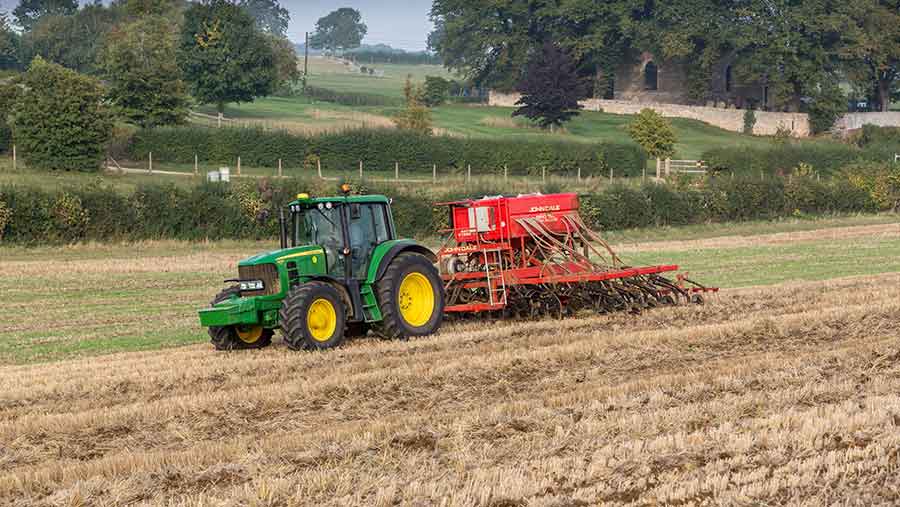 There is an urgent need to improve soil health, as well as cut establishment costs in a period of low cereal and oilseed prices, believes one expert.

Conservation agriculture offers reduced variable costs through savings in cultivation, fuel and labour, while at the same time preserving and enhancing the soil and the environment.

See also: Many UK growers missing out on the benefits of zero tillage

Mr Pope, who has been involved in agriculture for more than 40 years, points to a recent Harper Adams University report looking at the benefits of moving to no-till system using five farm case studies.

“They saw machinery capital costs greatly reduced, as well as fuel and labour.

“Fuel consumption was cut by more than 50%, and one farmer cut his overall establishment costs by 25%, while another halved his,” he says.

However, there are some downsides to adopting no-till, such as 15% lower yields during the transition phase of two to three years, as well as the cost of buying the direct drill.

What should farmers who want to move to conservation agriculture consider? What is the latest research on cover crops and what other benefits can farmers expect?

These and many other questions are being addressed by experts at a breakfast seminar on Wednesday 23 March at Wrag Barn Golf Club in Highworth, Wiltshire.

Spaces are limited and farmers wishing to attend need to confirm their attendance by email to Mr Pope at anthonympope@btinternet.com.