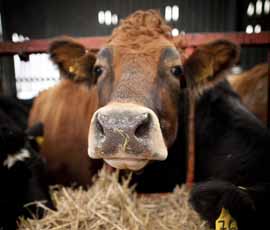 Producers and growers across the UK are facing higher levy payments to help boost the promotion and development of home-produced food.

In Wales the red meat levy body Hybu Cig Cymru, which had kept the same rates for the past decade, has increased its rates to £5.67 a head for cattle, 17p for calves, 83p for sheep and £1.30 for pigs.

A nine-week industry consultation ended with the majority of respondents favouring the rise in the levy paid to HCC.

The minister for rural affairs in Wales, Elin Jones, has now given her approval to the new rates, which come into force on 1 April.

This is expected to generate an additional £645,000 income for red meat promotion in the first year. The levy rates were last changed in 2001.

The Agricultural and Horticultural Development Board has also announced new livestock producer rates for England to be implemented from April and crop payments on a GB or UK basis which will come into force from July (see table). There is no change to the milk levy which remains at 0.06 pence per litre.

The increases follow an AHDB consultation which ended on 12 January 2011.

AHDB chief executive Tom Taylor said: “The positive stakeholder feedback for our work and our plans underlines the fact we are doing a good job for our levy payers.

“Within the consultation responses there were a number of suggestions as to how we could build on and improve our work which we have taken on board.”

The English beef and lamb levy increase is intended to raise an additional £2m to be invested by EBLEX in boosting exports and helping to showcase the benefits of red meat.

The UK cereals and oilseeds levy increase will be invested in eight strategic areas of activity, with a focus on business improvement and delivering industry priorities arising out of Home Grown Cereal Authority’s recent strategy review.

The levy rates in Wales (£/head)