The latest information from the Rothamsted Research light leaf spot forecast paints a very worrying picture of the spread of the oilseed rape disease across the country this season.

The forecast, jointly funded by the AHDB and Bayer, has been updated to include winter rainfall data and shows an overwhelming majority of rapeseed crops in most regions are now at a very high risk of disease following the wet winter.

Last October, disease forecaster Neal Evans, who works with Rothamsted Research on forecasts, warned growers a major light leaf spot threat has been brewing for many seasons now and the wet and cool summer in 2015 may have made the situation worse.

“As you can imagine, with the high levels of rainfall experienced by most regions this winter, the forecast prediction remains high for all regions,” he says.

The disease can be difficult to identify as plants don’t always show the symptoms of infection, but bad cases can result in crop yields being reduced by as much as 50%.

Hover over the map icons below to reveal the proportion of oilseed rape crops with more that 25% light leaf spot infection in that area. 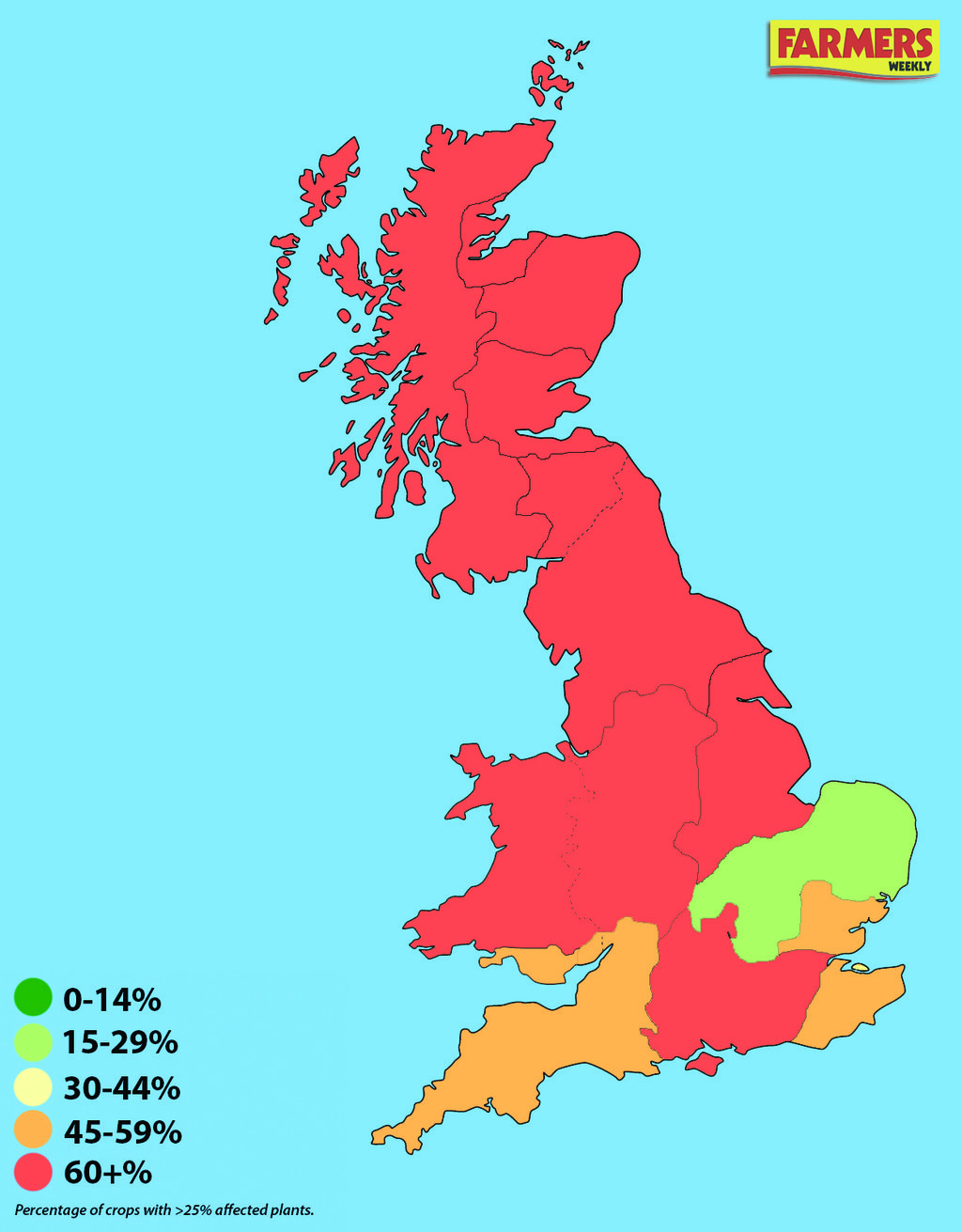