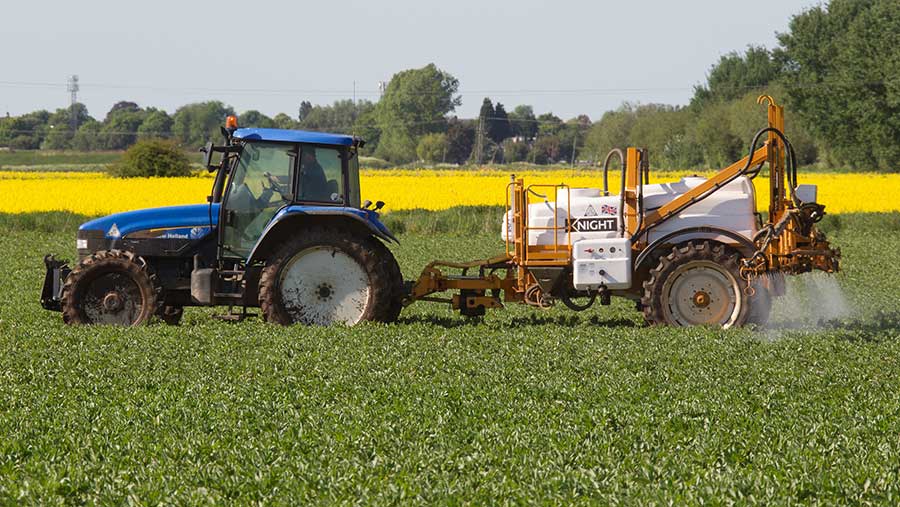 Farmers planning their cropping for this autumn should assume pulse crops will not count towards their 5% ecological focus areas (EFA), unless they grow them without using any pesticides.

That advice, from the NFU, follows a surprise ruling by MEPs in Strasbourg to support a ban on the use of plant protection products in EFAs.

Although the vote was close, the decision means the EU Commission can now press on with its plans to simplify the so-called “greening rules” in time for 2018 Basic Payment Scheme applications – which will be based on crops put in the ground this autumn.

The rule change forms part of a so-called “simplification” package. In particular, the commission has been concerned too many farmers have taken up cultivation options in EFAs, instead of doing things with a more direct environmental benefit.

Farmer organisations have expressed dismay at the ruling, concerned that without pesticides, pulses will no longer be viable as a break crop.

EU farmers’ group Copa said it did not amount to a real simplification and would make life more difficult for farmers.

It has also argued the rule change will damage EU protein crop production, making the EU even more dependent on imports while undermining the ecological benefits of growing pulses, such as soil protection and nitrogen fixation.

The NFU says there is still some uncertainty about the actual start date for the new rules and has called for greater clarity.

“We will continue to work with Defra and the RPA on how to implement the changes,” said a statement.

“But at this stage, the NFU suggests planning for the ban on plant protection products on field-based EFA options to come into force for BPS 2018.”

NFU vice-president Guy Smith said that, in the past, many farmers had declared their pulse crops as EFA as it was simpler than having to add up all the hedges, field margins and other ecological features when filling in the BPS form.

“Many farmers will probably continue to grow pulses next year,” he told Farmers Weekly. “But the BPS application process will become much more ‘bitty’, and this will put more pressure on the RPA.”

Rural consultants Strutt & Parker is warning that farmers with Countryside Stewardship (CS) agreements in place could fall foul of “double funding” rules, which prevent farmers from being paid twice for the same activity.

“Farmers with Entry Level Stewardship [ELS] agreements preceding January 2012 were able to use relevant options in their ELS agreements to count towards their greening obligations without any changes to payments,” said Ed Hutley from the firm’s St Albans office.

“However, these five-year agreements have now all come to an end and anyone in the new CS will be affected by the double-funding rules. This means that if CS options are used for EFA, then the CS payment is slashed.”

Mr Hutley suggested anyone in a CS agreement needs to consider how much hedge and buffer strips the farm has, and be prepared to either fallow more areas for EFA or grow catch/cover crops.

“It is not a reason to avoid CS, but it does need consideration. The answer may well be a catch crop from August to 1 October prior to late sown wheat or winter beans.”