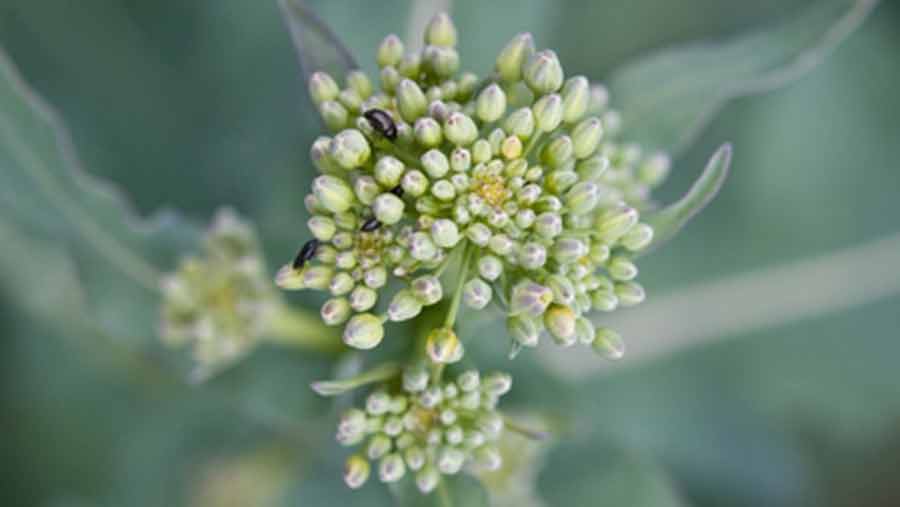 Favourable conditions have seen pollen beetle migration start in Scotland, Wales and south west England, according to the latest bulletin.

The more spring-like conditions in the second week of March led to six met stations turning red, indicating that migration of this oilseed rape pest has started.

These were Dingwall and Huntly in Scotland, Swansea and Haverfordwest in Wales and Launceston and Plymouth in south west England.

Half a dozen met stations also turned yellow: Leuchars and Perth in Scotland, Alnwick and Coldstream in the Borders and Nantwich and Warrington in north west England. Migration is expected to start in these localities within a few days. 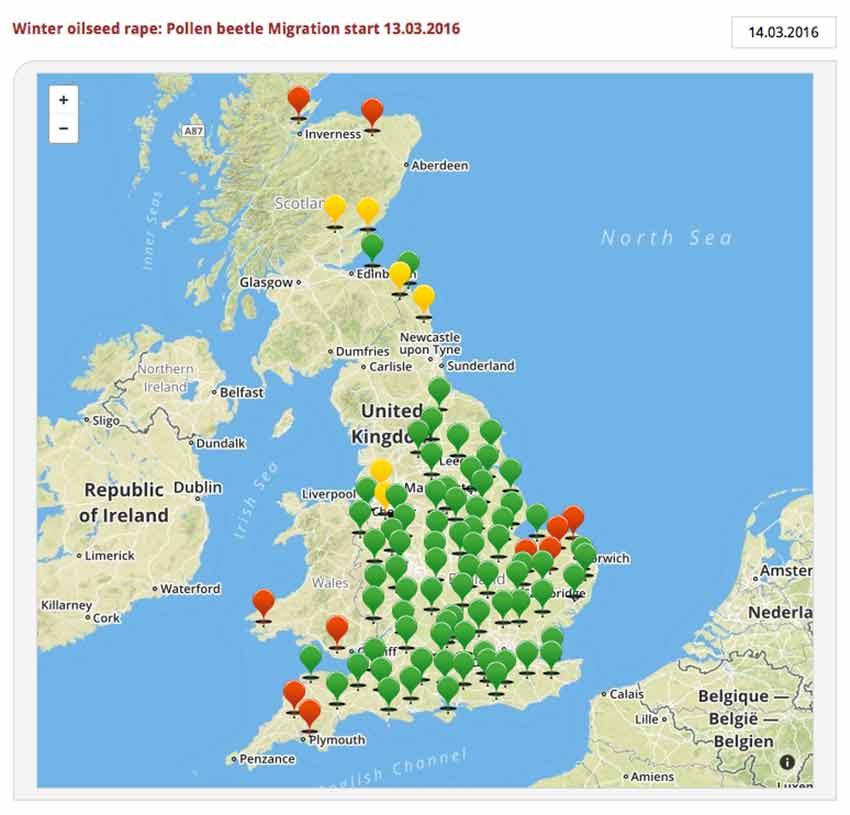 Rothamsted researcher Sam Cook says that once migration has begun growers should focus on the “new migration” map.

“This tells you when it’s time to get into crops and assess average numbers against threshold. It helps to focus monitoring effort to when it’s most needed and facilitate practical use of thresholds.”

Dr Cook expects to see more met stations on the “migration start” map turn yellow or red by the weekend.