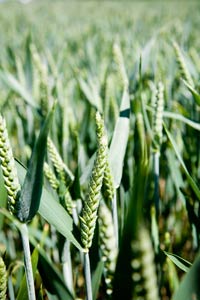 Over-zealous mycotoxins regulation adopted by the food industry is putting unreasonable demands on farmers and letting down the whole wheat supply chain, says the NFU.

The issue came to a head at a milling supply chain meeting on Monday 20 October to discuss whether it was reasonable to demand farmers go to the expense and effort of sampling and testing for mycotoxins in a year like 2009, when all sides agreed there was little or no risk of consumer exposure.

NFU combinable crops board chairman Ian Backhouse said he accepted farmers had a responsibility to manage mycotoxin risks, and the union had put appropriate mechanisms in place through crop assurance schemes.

But he said the continuing “belt and braces” approach for 2009/10 demanded by some supply chain members, which involved risk assessment within farm assurance as well as on-farm and random at-mill testing, was “beyond excessive”.

Speaking after the meeting, Mr Backhouse said: “Farmers would be very supportive of processors and retailers engaging with the assurance schemes and making use of the risk assessment.

“We believe reliance on notoriously inaccurate testing for mycotoxins is flawed, elevated to a status far beyond its merits by a food industry seemingly determined to allow the issue of DON to become a marketing tool for use with its customers.

“Reliance on costly and unreliable testing for mycotoxins is letting the whole wheat supply chain down by diverting far too much industry attention to a minor issue. The HGCA risk assessment is more accurate and timely, costs less, and is less wasteful of valuable grain.”

Mr Backhouse said farmers needed to find out to which mill their wheat was headed and the likely demands, then ensure the milling premium offered reflected the additional effort, costs and risks involved in testing wheat.