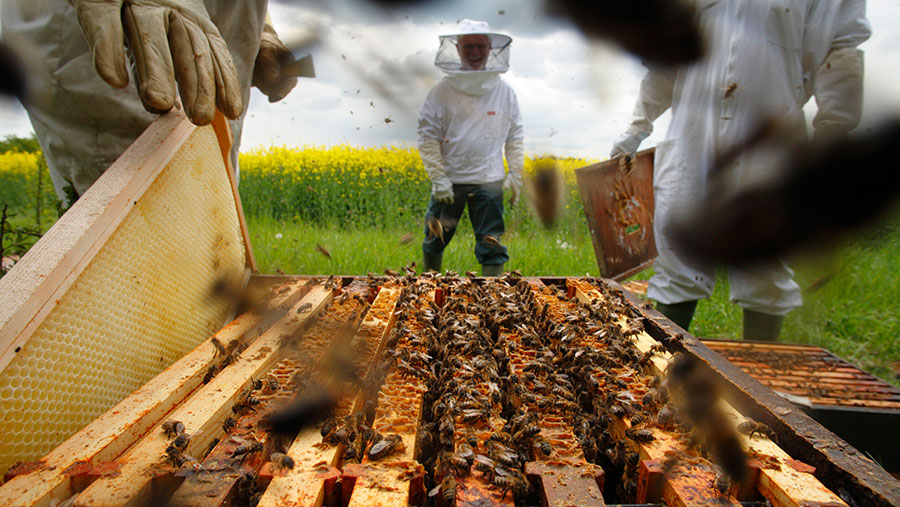 Most uses of neonicotinoid pesticides put wild bees and honeybees at risk, according to the EU’s food safety watchdog.

The European Food Safety Authority’s (Efsa) conclusion follows a review of more than 1,500 studies on neonicotinoids, which have been banned for use on flowering crops in the EU since December 2013.

The Efsa report is considered a crucial barometer as to whether a moratorium on three neonicotinoids – thiamethoxam, clothianidin and imidacloprid – will be extended.

The assessments indicated that in many cases, bees foraging on the treated crop in the field as well as in its vicinity are likely to be exposed to harmful levels of the neonicotinoid pesticides.

EU member states will discuss a proposal to extend the ban to cover non-flowering crops such as barley, wheat and sugar beet at an EU Plant Animal Food and Feed Standing Committee meeting this month.

Farming organisations, including the NFU, maintain that a total ban on neonicotinoids would be unjustified and would leave growers facing lower yields and increased costs.

Graeme Taylor, of the European Crop Protection Association, said: “We do not dispute the possibility of risk to bees, but do not share Efsa’s view on the nature of that risk.

“There are a number of factors impacting bee population of which neonicotinoids are only one. With the right measures, any risk posed to bees can be successfully managed.”

A spokesman said: “Efsa’s findings place it outside the current mainstream science on bee health, as represented by recent similar assessments done by agencies such as the US Environmental Protection Agency and Canadian pest Management Regulatory Agency.

“These assessments have shown conclusively that neonicotinoid products can be used by farmers to protect their valuable crops without harming honeybee colonies.”

But environmental campaigners said the study added further support to a total ban. “We cannot afford to put our pollinator populations at risk,” said Friends of the Earth spokesman Neil Verlander.