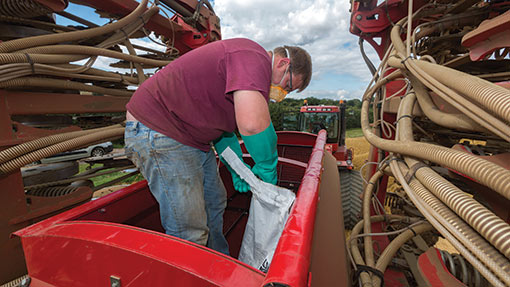 The loss of neonicotinoid seed dressings has highlighted the importance of ensuring that newly sown crops get off to the best possible start if they are to withstand pest damage.

Insecticidal seed treatments typically give up to 12 weeks’ protection, by which time the plant is normally well established and the threat posed by pests such as flea beetles has waned.

Without such protection, however, growers will have to look to more conventional means of control such as pyrethroids, but these treatments typically offer less enduring protection and leave the young plant vulnerable to attack.

Just how growers will manage crops without the benefit of neonicotinoid seed treatments is a question with no easy answer, but few would disagree that it highlights the need for a well-established crop heading into the autumn.

“The better established the plant, the better it will be able to withstand being damaged. Protecting the crop against pest damage is as much about ensuring good conditions at drilling and timely nutrition as it is about being ready to apply insecticides,” says Openfield national seed manager Lee Bennett.

One area he believes is worth greater consideration is the contribution of root-promoting seed treatments, in particular those with an ability to stimulate the plant’s natural potential to produce auxin.

“Seed treatments act in different ways, but zinc-complex types such as Keylight have been shown to promote the natural hormone auxin, which is known to promote growth. Treated seeds produce greater root mass through more of the finer roots. We have also seen that treated seed tends to produce plants with more leaves,” says Mr Bennett.

With flea beetle populations expected to be high following the favourable mild weather since Christmas, Mr Bennett believes having more leaves per plant will mean crops are more able to withstand attack.

“Inevitably, there will be some damage to plants before crops receive an insecticide, but the more leaves a plant has, the more damage it will be able to withstand and the less likely we are to lament the loss of neonicotinoids,” he says.

Zinc-complex seed treatments are just one part of the attention to detail seen as the first step to growing good crops by Andrew Robinson, who manages 1,150ha at Heathcote Farms, Toddington, Bedfordshire.

“It’s not just about getting it established and away ahead of the winter; the young plant needs to be set up to perform from day one if it is to achieve the high yields we aspire to,” he says. “This begins the moment the seed is placed in the ground.”

Mr Robinson was awarded the title of HGCA/Nabim milling wheat grower of the year in 2013. His approach is based on attention to detail and involves regular leaf tissue analysis to monitor crop health and nutrient deficiencies.

“We put great emphasis on ensuring all crops are suitably protected against pests and disease, but also provided with the nutrients needed to help them meet our expectations. Despite the challenges of the 2012 season, our crops performed quite respectably. 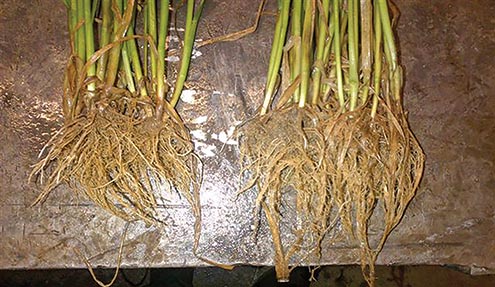 “We have been tissue testing for several years and have a good understanding of those micronutrients that are likely to be in short supply, but the differences between seasons mean results vary to some extent.

“We tend to apply a lot of trace elements, typically manganese and magnesium, and have previously identified a shortage of boron and zinc that was sufficient to warrant action,” he says.

Meeting this need came at a not insignificant cost. Across the 500ha of winter wheat grown at Toddington, the cost of the zinc was roughly £2,400 and Boron a further £480, but he is confident it will be money well invested.

“It’s about giving the plant everything it needs to perform in an optimal fashion. That’s all we’re trying to do. All these little pieces make a difference,” says Mr Robinson.

“We take a robust approach to crop production. We operate a high-input, high-output system. Our variable costs might be above the average, but it is land that if pushed can, and will, give you a return.”