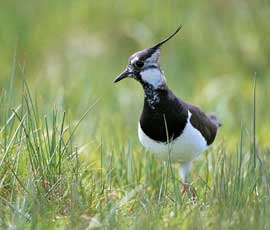 An RSPB campaign to promote Britain’s biodiversity fails to recognise the progress made by farmers, claims the NFU.

The RSPB’s Stepping Up for Nature 2020 campaign asks government, businesses and individuals to play their part for wildlife in the run-up to 2020.

Billed as the most ambitious campaign in the RSPB’s 122-year history, it calls for major changes to encourage more environmentally friendly farming.

“Farmland bird numbers have fallen by more than half since the 1960s,” says the campaign website.

“We’ve lost almost all of our hay meadows – beautiful and vital homes for birds, butterflies and hares.”

It continues: “Since the Second World War there have been rapid and widespread changes to the way we farm our countryside.

“These changes, driven largely by the EU Common Agricultural Policy (CAP), have been disastrous for wildlife.”

But the NFU said it was unfair to lay the blame solely at farming’s door for changes in farmland bird numbers.

NFU president Peter Kendall said the RSPB should to recognise the good work that had happened, including massive changes to the CAP.

“Blaming our industry for a decline in the countryside is shameful and does nothing to foster progressive dialogue with farmers,” said Mr Kendall.

“What is more, to suggest that changes to agricultural policy have led to increased fertiliser and pesticide use is completely at odds with the facts.”

“The use of inputs has declined in recent years and we refute any claims from the RSPB that modern agriculture is intensifying, as it is clearly not.”

It was also strange that the RSPB report failed to acknowledge the Campaign for the Farmed Environment, which the charity itself helped launch in 2009.

“What is not needed is the persistent blame-laying at farmers’ doors, or disregard for the huge achievements of years of agri-environment schemes.”

RSPB conservation director Mark Avery said the NFU should have welcomed the Stepping up For Nature campaign.

“The RSPB doesn’t just talk about these issues, it puts its money where its mouth is,” he wrote on his weblog.