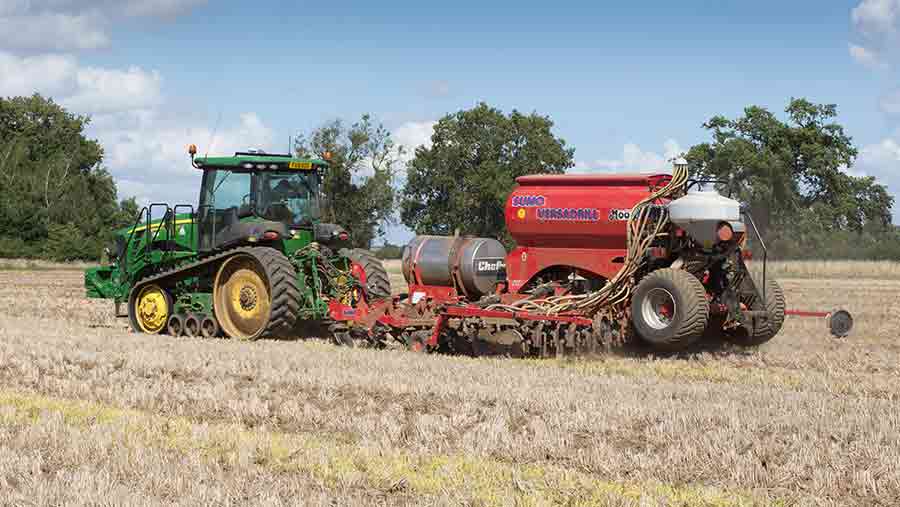 One-third of the world’s arable land has been lost to erosion or pollution in the past 40 years and adopting practices such as no-till farming will be critical to avoid further losses affecting global food production, UK researchers have warned.

Speaking at the United Nations Climate Change Conference in Paris earlier this week, experts from the University of Sheffield said soil loss is an unfolding global disaster that will have catastrophic effects on world food production.

Duncan Cameron, professor of plant and soil biology, explained: “Soil is lost rapidly, but replaced over millennia. This represents one of the greatest global threats for agriculture.”

See also: Many UK growers missing out on the benefits of zero tillage

“Erosion rates from ploughed fields are on average 10-100 times greater than rates of soil formation. This is catastrophic when you think that it takes about 500 years to form 2.5cm of topsoil under normal agricultural conditions.”

Prof Cameron and his team at the university’s Grantham Centre believe there are three key principles for sustainable, intensive agriculture. They are applying manures, growing cover crops and adopting no-till agriculture (direct drilling).

Figures for 2013 show the UK is lagging behind, with only 3% of arable land farmed using conservation agriculture, compared with a global figure of 11%, and 60% in South America.

On the same day as the University of Sheffield briefing, the Environmental Audit Committee launched an inquiry into soil health, with soil loss estimated to cost British farmers £9m in lost production a year.

The reason for the inquiry is that successive governments have been criticised for their approach to protecting soils, with environmental bodies such as the Soil Association suggesting current measures do not give sufficient protection for soils.

The deadline for submissions is 5pm on Thursday 14 January 2016 and the specific questions the committee is seeking answers on are: