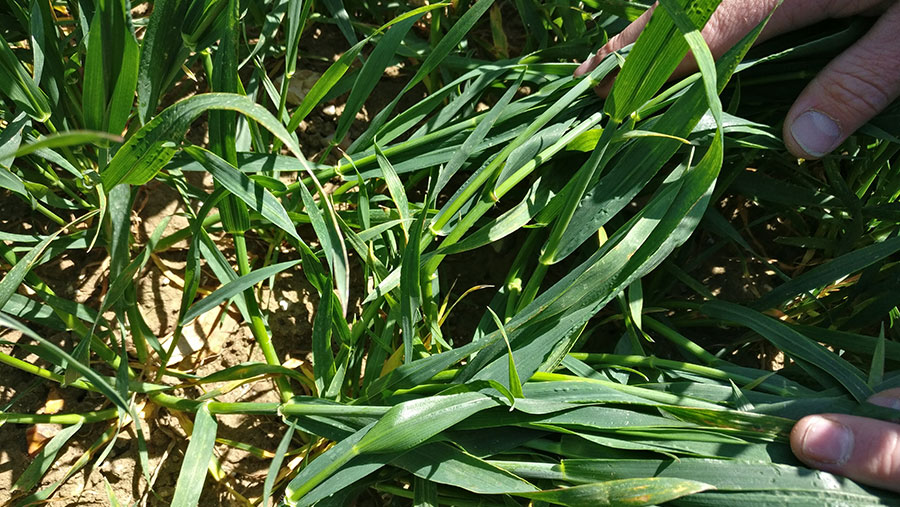 The oat breeding team at Aberystwyth University has secured £2.76m of public funding for research aimed at improving the crop’s genetics.

The project will use the latest genetic tools and resources to improve traits to benefit both farmers and consumers, including grain yield, quality and composition.

The UK grows about 750,000t of oats annually, with about two-thirds destined for human consumption.

Demand for food-grade oats has been increasing in recent years, driven by the grain’s health benefits and product innovation by millers and cereal manufacturers to make meals such as porridge more convenient to eat.

“It is great to see that some of the funding, science and technology afforded to wheat, barley and rapeseed is being given to oats.”
Chris Green, Senova

Despite the growing market, it is often put in the shade by heavy investment made in other crops, so news of the funding will be a major boost for the oat industry.

Chris Green, director at plant breeder and project industry partner Senova, says the total sum of public and private cash invested in the project will reach about £4m and it’s a great example of how collaborative research funding can work.

“Policymakers and those who hold the purse strings realise we need more diversity in our cropping and oats offer a great alternative for growers.

“It is great to see that some of the funding, science and technology afforded to wheat, barley and rapeseed is being given to oats,” says Mr Green.

He added that the threat of fungicides being withdrawn within the EU put pressure on plant breeders to produce varieties with increased disease resistance.

The project will aim to discover genetic material that can deliver resistance to mildew and crown rust on farm and help push yields to increase the crop’s competitiveness against major types such as wheat.

“It will also promote and educate the public on the health benefits of oats in the diet to increase uptake and open the door to taking the genetic material overseas, to the benefit of all stakeholders,” adds Mr Green.

Athole Marshall, head of plant breeding at the Aberystwth University’s Institute of Biological, Environmental and Rural Sciences (Ibers), is leading the five-year project.

He believes it is strategically important for UK farming, helping to address some major challenges including sustainable production of safe and nutritious food.

“Specifically for oats, it will enhance productivity, quality and nutritional composition, increasing the sustainability of crop production and understanding and exploiting genomics and the genetic diversity in plants,” he adds.

Scientific collaborators include Heriot-Watt University and Niab, along with industry partners Senova and the British Oat and Barley Millers Association (Bobma) who represent a number of oat milling companies.