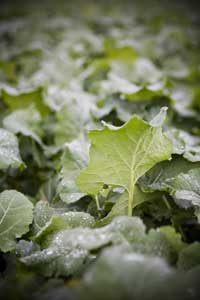 Risk of spring fungal disease infections in oilseed rape crops could be the highest for several years according to ADAS plant pathologist Peter Gladders.

Speaking at a recent Agrovista technical event he warned growers that the risk of sclerotinia, light leaf spot and verticillium wilt infection was increasing.

Sclerotinia epidemics in 2007 and 2008 caused “bulking up” of soil inoculum which could last for three to four years, he said. Economic pressures were also partly to blame increasing pressure for growers to run shorter and shorter rotations, he noted.

As a result, improved management strategies would be required to sustain production, he said. “It is important to keep the level of disease down even when it doesn’t effect yield so you can prevent a build up of inoculum in the soil.”

Commercial two-spray programmes would be sufficient to push the sclerotinia index down to acceptable levels, but it paid to use three quarter rates on high disease sites, he noted.

However, timing was critical, he said. “Protectant activity will only last for three weeks and early sprays will run out of steam by the time later infections come in. Topping up with a second spray can help extend this activity.” Treatment differences were only significant under severe disease pressure with Filan, Proline and Compass performing better than Amistar, Priori Xtra and Folicur, he added

Light leaf spot risk had also edged up over the past few years and 2010 could be the worst year since 1995, said Dr Gladders. “If you had problems last year you need to get out in the field in January and February to look for signs of infection.” Prothioconazole gave the best economic performance, he noted.

Cases of verticillium wilt were also rising and yield losses of 60% had been seen on infected plants, he said. “It is only evident late in the season and premature ripening is a tell tale sign.” No chemical control options were available so growers should be prepared to extend rotations to one in four, he said. 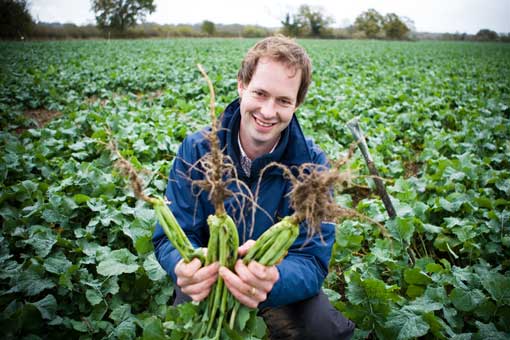 Linear root branching was greatest in plots established using a Vaderstad Topdown cultivator and Biodrill, and the smallest root structures were seen behind the plough-based system, he said.

Although root structures were clearly different, he was unsure of the impact this would have later in the season.

Trials to see whether soil moisture and nutrient retention could be improved by adding highly absorbent polymers during establishment were ongoing, said Agrovista’s technical manager, Mark Hemmant. “They could be useful where nitrogen is an issue as they hold nutrients close to the crop where they are really needed.”

Some polymers were capable of absorbing 500 times their weight in water and initial trials showed that they could increase root length by up to 2cm, he said. Similar products were already being used in horticulture, but it could be a while before they are seen on an agricultural scale, he said.

“They are very slippery and consequently quite difficult to spread. They’re not cheap either, so there will need to be some major benefits if they are going to become a commercial product.” he admitted.