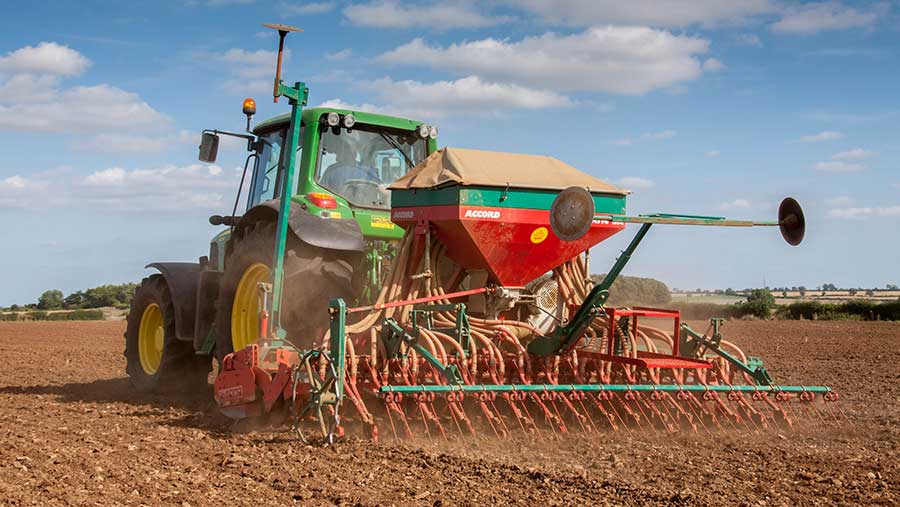 Packs of oilseed rape seed mixed with white mustard are being offered free to growers to assess the benefits of companion crops in fighting off flea beetle pests.

The plant breeder Monsanto is offering 100 packs, which each contain enough seed to drill 1ha of its rapeseed variety Imperial, to certain existing customers for this summer’s drilling.

“We hope it will provide a possible technical solution to the flea beetle situation,” he told Farmers Weekly.

With the banning of neonicotinoid seed dressings due to their perceived harm to bees, many crops have been lost to flea beetle this season and experts are working to find alternative ways to control the pest.

The move by Monsanto follows work by crop consultant Niab, which demonstrated that white mustard worked well by emerging quickly and attracting the flea beetles, allowing the later-emerging rapeseed to escape severe damage.

The one drawback was that the white mustard did compete with the oilseed rape, potentially reducing the yield, so Monsanto has come up with a solution by using Clearfield oilseed rape varieties.

Therefore, Monsanto’s free seed is of its flagship Clearfield variety Imperial, which can be treated with the herbicide Cleranda (imazamox + metazachlor) or Cleravo (imazamox + quinmeric) to kill the white mustard in early to mid-October.

Clearfield varieties also offer growers the chance of cutting costs by leaving out a pre-emergence herbicide, and so they are expected to double in area this summer to take around 60,000ha of the oilseed rape area, or around 10% of the expected drilled area.