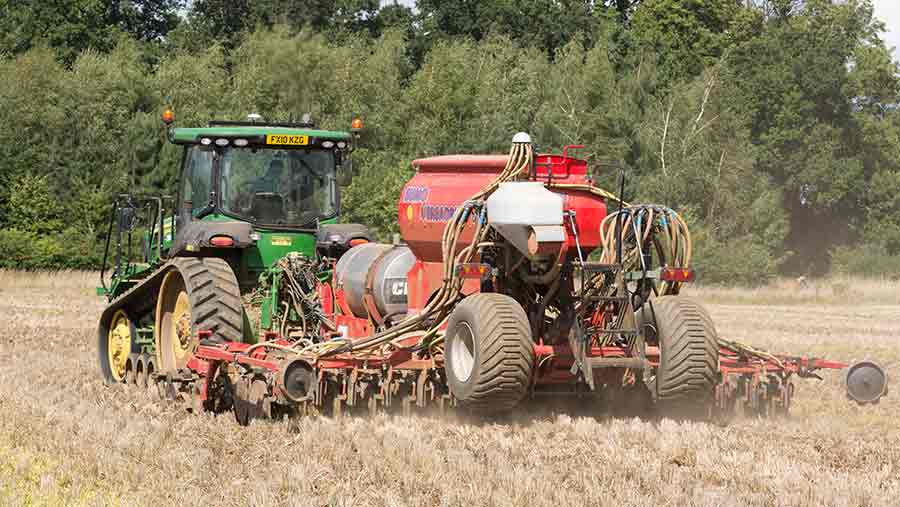 Oilseed rape growers who have to abandon or redrill their crops could save money as part of a new scheme that allows them to only pay seed royalties on rapeseed crops that have established.

Plant breeder RAGT is set to launch the scheme this coming summer to try to reduce the risk associated with establishing a crop, especially after the loss of neonicotinoid seed treatments and the resultant higher pressure from cabbage stem flea beetle attacks.

Under the scheme, growers will pay for just the seed initially and if the crop is ripped up they will not pay the royalty, while those who redrill with rapeseed will only have to pay one royalty payment.

Simon Howell, the group’s managing director, explains the purpose of the scheme is to take some of the risk out of growing oilseed rape, as establishment is key and the area of rapeseed has generally been falling over the past few years.

A grower who currently pays about £235 for a 3ha pack of oilseed rape seed would now only pay £160/pack, and then a royalty payment of £70/pack once the crop is well established.

Growers will need to declare their oilseed rape area established by 1 November. Any area left growing after that date will be subject to royalty under a Royalty Area Collection (RAC) agreement.

So growers would place their orders with a merchant along with an RAC number, and then they will be sent a form on 1 November to declare their area of oilseed rape. Royalty payment is due 28 days after invoice.

The breeder has selected its most vigorous varieties to give growers the best chance of establishing an oilseed rape crop. The scheme will apply to the group’s two Clearfield varieties Nizza and Belizze and the non-Clearfield hybrid variety Azzurite.