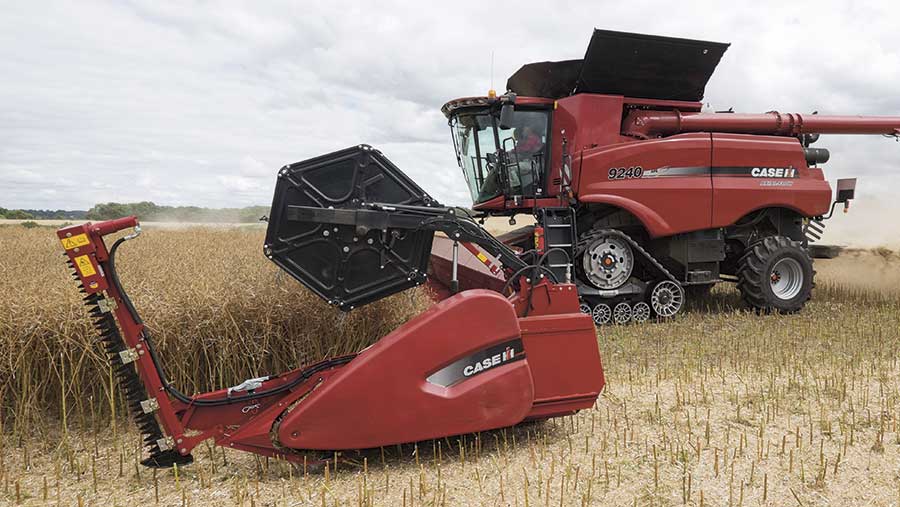 Rapeseed prices will need to tick higher to encourage a bigger oilseed rape crop to be drilled this summer as growers watch their crops struggling in the current wet weather.

With a likely late oilseed rape harvest and wheat prices showing a rally towards £150/t and so becoming more competitive, the attractions of drilling rapeseed this summer will be tempered.

Rapeseed prices ex-harvest are currently trading at about £275/t ex-farm and, even with an oil bonus, prices will struggle to break through the psychological barrier of £300/t.

Owen Cligg, trading manager at co-operative United Oilseeds, says growers’ interest in the crop tends to fade if prices before oil bonuses are below £300/t.

“If we don’t get a price rally or see yields up at harvest, then it is difficult to see the area showing a big increase this summer,” he tells Farmers Weekly.

The oilseed rape area is estimated to have risen to 600,000ha this season from a Defra figure of 554,000ha last year, which represented its first rise after five years of falls and down from a record crop area of 756,00ha at harvest 2012.

Mr Cligg is pencilling in an average yield of 3.5t/ha from this year’s harvest to give a crop of 2.1m tonnes, down from harvest 2017 when a 3.9t/ha yield from a smaller area gave a crop of 2.2m tonnes.

Geoff Hall, commercial lead for north-west Europe at rapeseed breeder Monsanto, estimates that this year’s harvest could be around one week later than normal after wet and cold weather this spring.

He believes the area will be little changed his summer, with any movement largely due to conditions at planting. The breeder controls about a third of the UK oilseed rape seed market with varieties such as Extrovert and Exalte.

“The weather and soil conditions at drilling will be critical, but the area in some parts of Europe, such as northern Germany, are down, which may encourage more plantings here,” he says.

One area of expansion could be in Clearfield varieties, which are bred conventionally with tolerance to the herbicide imazamox, which has good activity against brassica weeds such as charlock and runch.

These varieties are particularly useful where brassica weeds are a problem, and the high erucic acid content of the weed seed can lead to rapeseed loads being rejected.

Mr Hall expects the Clearfield area to rise from 60,000ha to 80,000ha or even as much as 100,000ha this season. His group markets Clearfield varieties Imperial, Impression and Impressario.

Barry Barker, national arable seed product manager at agronomy group Agrii, says that about 5-10% of the rapeseed area is down to opportunist growers who drill more rapeseed if conditions at the time are favourable.

“The overall area could be as big as this year but not any bigger, and will probably be 90-100% of this year’s crop, depending on conditions at drilling,” he says.

Mr Barker adds the top varieties are set to be dominated by the hybrids Exalte, Extrovert and Alizze, and conventional varieties Elgar and Campus, with the Clearfield variety Imperial also set to be a good seller.

He expects Clearfield varieties could do well and take a 15% share of the market as growers worry about rapeseed loads being rejected for higher erucic acid content, especially as standards are being tightened up.

The European Union is reducing the food standard for rapeseed to a maximum 2% erucic acid from 5% previously, which could be implemented as early as this autumn, and Britain is likely to follow suit even after Brexit.