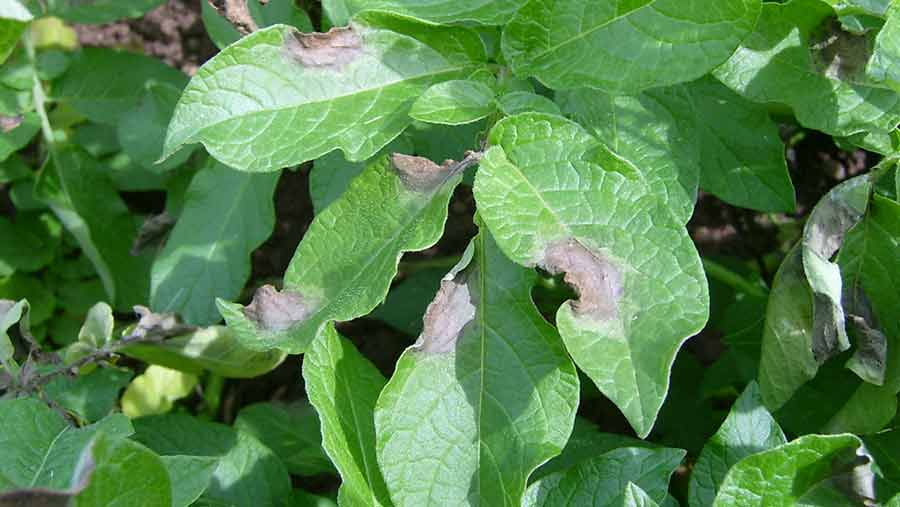 Potato growers have an extra blight control option this summer, which its maker claims is useful in controlling the strains of this costly disease.

The group’s technical manager, Robert Plaice, says the UK blight population is dominated by two aggressive strains (6_A1 and 13_A2), which thrive at low temperatures, produce more spores from larger lesions and cycle extremely quickly.

“At most stages in the blight life cycle, fungicides need to be able to control spores to stop infection. In Presidium we have two actives that tackle spores well,” he adds.

Mr Plaice says the product contains two actives with completely different modes of action within the pathogen, helping to minimise any resistance build up.

“It is also a product for use at many stages but particularly at early mid season and full canopy onwards,” he adds.