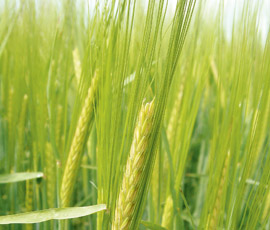 Growing global demand for malting barley and a predicted UK shortage of pulses mean there good opportunities to profit from both crops in 2012, as Charles Abel and Louise Impey report

Forget about the troubles in Europe. Elsewhere, the world beer market is growing, the world barley area is declining and the UK is now seen as one of the most reliable sources of malting barley.

So says Stuart Shand of Gleadell Agriculture, who points out that there’s only just enough malting barley in the world to meet demand.

“Even though beer sales are down in Western Europe, globally they continue to rise about 2.5% per year,” he notes. “This positive beer consumption, together with tight world stocks, means that there are currently big premiums on offer for malting barley.”

The UK’s reputation for producing malting barley of a consistent quality year-after-year is another bonus, he says. “Both the French and the Scandinavians have had problems, especially in the last two years. Our crop, with the help of superior storage and drying facilities, as well as highly regarded assurance schemes, means that we have an advantage. Currently it’s worth a premium of €30/t (£26).”

However, the growing dominance of the top brewers in the world means that variety choice is an important consideration for any grower, continues Mr Shand.

“The top four brewers now account for over half of the world market. In 2000, they represented less than 20%. So make sure that you look at what the market wants.”

The brewers have enormous influence, but the EU export market is also crucial and it dominates the UK malting industry, he confirms. “Mostly, it tracks the wheat price.”

This means that growers should manage their risk, he advises. “Don’t sell more than 50% of your crop before harvest and consider the use of different marketing methods. Selling all of it on price is too big a gamble.”

In terms of gross margins, both spring barley and marrowfat peas are vying for the top spot in 2012, he calculates. “The open autumn has meant that all the winter crop drilling has been able to take place. So we’re expecting the spring barley area in England to be down by 5-6%.”

As far as varieties are concerned, Mr Shand likes the look of newly recommended SY Venture, which he believes has a promising future. “But we won’t know more about it until next year. Otherwise, the brewers are all behind Propino, which will take some of the market share currently occupied by market leader Tipple.”

Quench is a good variety to grow in East Anglia, he comments, while Concerto is wanted by the distilling market. “The Null-Lox varieties, which should take around 15% market share, are preferred by Carlsberg and Heineken.”

Where Propino shines is that it suits both the EU export and the UK domestic markets, he ends. “All the contracts name Propino, so it’s a good fit and will be in demand.”

Propino joined the HGCA Recommended List at the end of 2009 and now has full Institute of Brewing and Distilling approval for brewing, says Samantha Brooke of Syngenta.

Pan European varieties, typified by Quench and Propino, are the way forward, she believes. “They help to encourage the brewers to move onto new varieties. Propino is either fully approved or commercially accepted in the UK and Ireland, Denmark, Finland, Germany and The Netherlands. In Sweden, it’s still under test.”

In England, the best results with Propino come from February drilling, advises Mrs Brooke. “That’s at a seed rate of 325-350 seeds/sq m. In Scotland, optimum drilling date is from March to early April.”

Three years of testing show that fine tuning the nitrogen split is beneficial with the variety, she adds. “We are advising growers to move from a 50:50 split to a 25:75 regime. Our guidelines are to apply 25% of the total at GS11, with the remaining 75% some 10-14 days later at GS15. In all, the total nitrogen should be around 120kg/ha.”

See the Digital edition of Crops for a free, interactive spring cropping margins calculator. Type in your own prices and costs, or use the default figures from John Nix, and see how the different options compare for your business at www.fwi.co.uk/cropsdigital