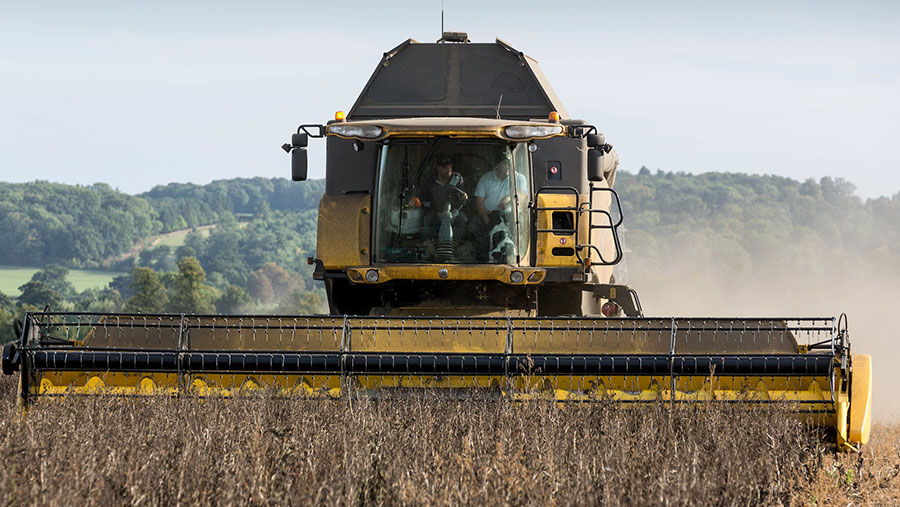 Roger Vickers, chief executive of the Processors and Growers Research Organisation, said beans in southern England were hit by bruchid beetle attacks, while more northerly crops suffered from staining due to wetting and drying prior to harvest.

“In general, the 2017 bean harvest will be remembered for good yields but disappointing quality after being delayed by late summer rain,” he said.

Franek Smith, president of the British Edible Pulses Association, said to compensate for the 100,000t fall in human consumption sales, an extra 40,000t of feed beans will need to be exported by the end of this year.

Domestic feed bean consumption is down year-on-year driven by mild weather due to extended grass growth along with the availability of cheap alternatives such as distillers’ grains and a narrower price spread between beans and soya.

Values have begun to slide a little through the month, and current feed bean prices are running at about £145-£149/t ex-farm, very similar to this time last year.