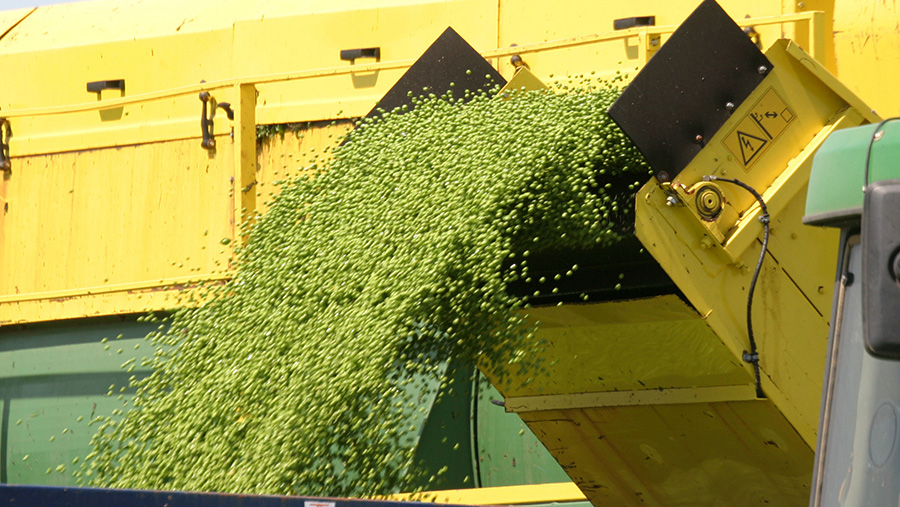 Northern Ireland’s pea and bean growers have expressed their disappointment that there will be no extra support for their crops, despite a Department of Agriculture, Environment and Rural Affairs (DAERA) consultation into the possibility.

The idea was contained in a review of coupled support options, which might have included a new area payment for protein crops, as exists in the Republic of Ireland.

The possibility was endorsed by the Ulster Farmers’ Union (UFU), which says growers in the North are finding it hard to compete with imported protein crops, as growers in the South benefit from a £200/ha targeted subsidy.

Providing similar support in the North would enable the region to become more self-sufficient, which would be especially useful as the opportunities for including peas and beans in ruminant rations are developed.

But in a statement, agriculture minister Michelle McIlveen said she had decided not to introduce such coupled payments in the North, as that would have involved cutting Basic Payment Scheme funds for others to pay for it.

“I do not believe there are any convincing arguments to introduce coupled support schemes in Northern Ireland during the current CAP period,” she said.

The UFU said it was disappointed by the outcome.

“Compared with other EU member states, arable farmers here are limited in the number of break crop choices available, due to the climate,” said UFU seeds and cereals chairman, Allan Chamber.

“By taking this decision, DAERA has once again placed us at a competitive disadvantage.

“The funding necessary to provide a coupled payment would have equated to an insignificant decrease in all existing SFP payments and it would have helped rebalance our cereal output by giving a much needed wider choice in pursuing best practice in crop rotation.”

Ms McIlveen has also declined to introduce an Areas of Natural Constraint scheme, which would have seen up to 5% of Pillar 1 monies redistributed from Disadvantaged Areas and lowlands, to support farmers in the Severely Disadvantaged Areas.