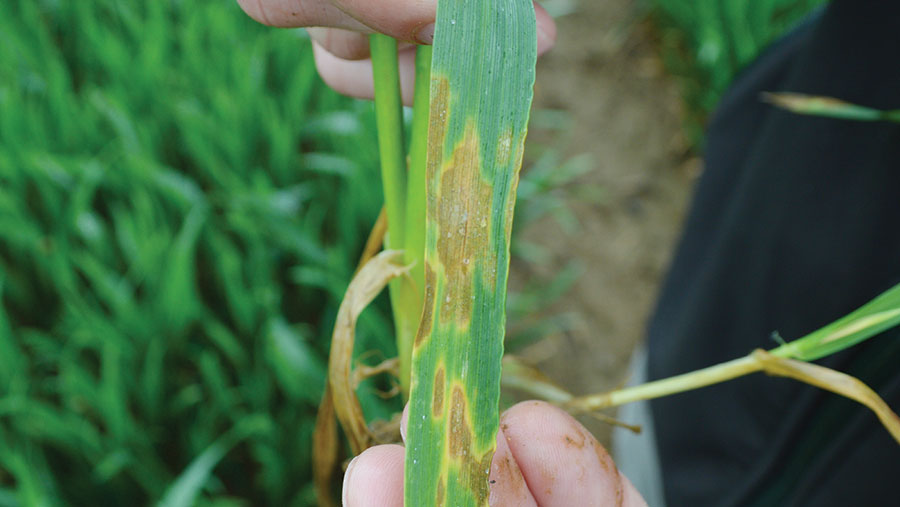 After much of the country experienced a cool and dry spell during March, it was widely reported that disease pressure had calmed, particularly rusts and mildew.

However, conditions in the past three to four weeks have been catchy and Agrii’s national network of weather stations indicates more days with rain over the same period than in the past two seasons.

With each shower comes ideal conditions for the spread of septoria, with rain splash one of the key drivers for the disease moving up the canopy on to more important yield-building leaves.

Agrii’s Clare Bend says this is a worrying sign. She believes that, despite the cooler temperatures, the frequency of splash events could mean worse septoria pressure than in 2014, when response to fungicide averaged about 4-5t/ha.

“The temperatures will have the effect of lengthening the latent period, which buys you more time, but the key factor is rainfall,” she explains. 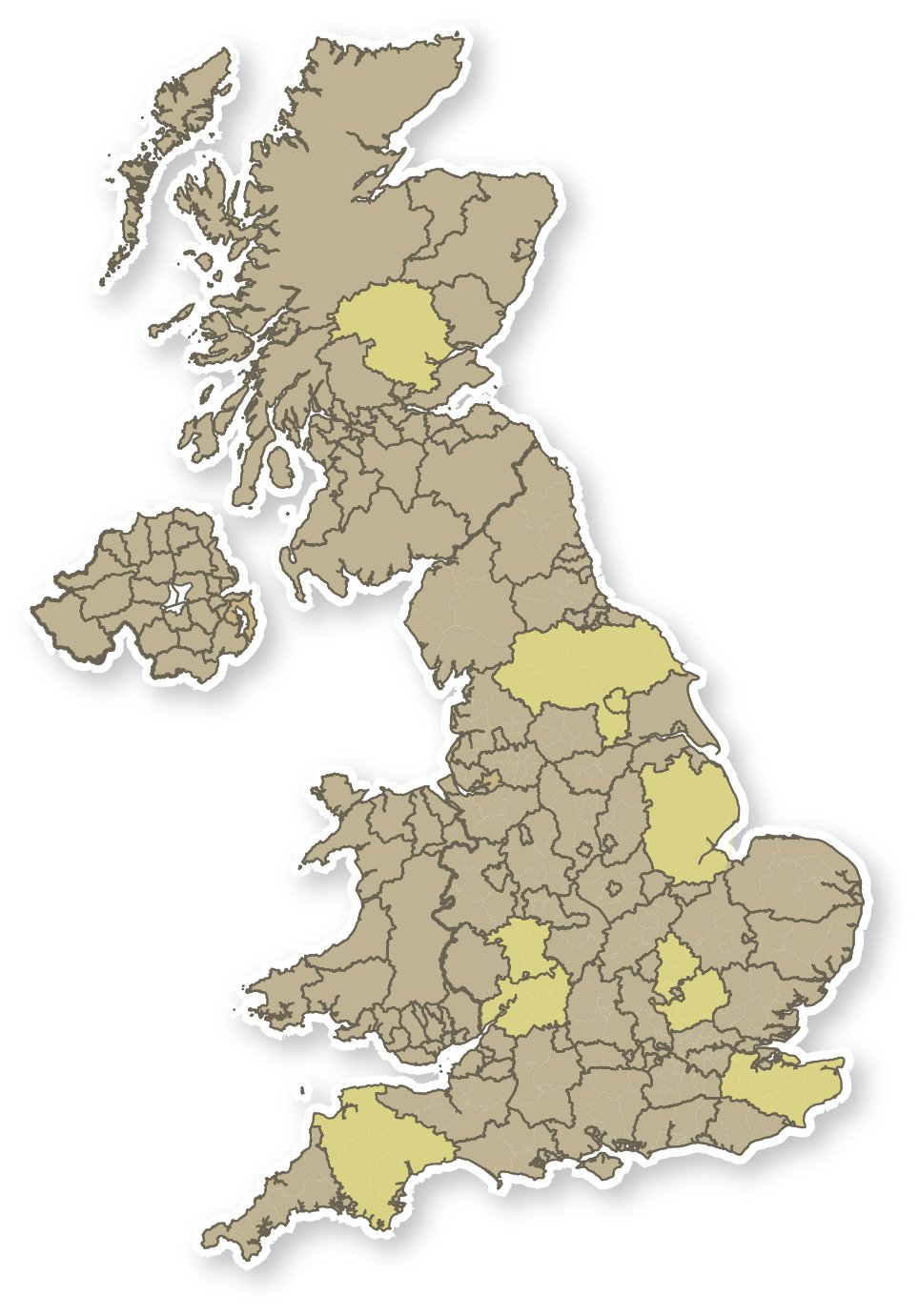 The talk three weeks ago about cutting back on T1 spend no longer applies, he believes, with septoria providing a clear and present threat to wheat yields.

“We all look at low commodity prices and think we might cut costs, but yield is king and we need a robust T1, especially in crops that haven’t had or may not get a T0 due to limited spray days and ability to travel in recent weeks.”

In addition to septoria, yellow rust is widely reported in susceptible varieties, but also in those with scores of 6 or 7 on the AHDB Recommended List, with any adult resistance yet to kick in.

Niab Tag eastern regional agronomist Andrew Watson says this should be taken into account at T1, but reckons that strong septoria-controlling programmes should be enough to wipe out the disease.

“I would tend to take a low-risk start and go in with a robust T1, including a more modern SDHI. It is hard to see a place in the programme where you would take an SDHI out now, as you will increase the risk of margin lost.”

Crop development is variable across the country, with the most forward crops ready for T1 sprays and others only just receiving a T0, depending on drill date and location.

The unsettled weather has disrupted T0 in some cases, along with herbicide, plant growth regulator and trace element applications, compressing the season and complicating spray operations.

Growers will need to make a decision on whether they still apply outstanding T0s and what to prioritise in terms of inputs, with the T0 at least allowing the separation of products to avoid complex tank mixtures.

“As the T0/T1 interval gets tighter, there may be a strong temptation to combine the T0 and T1 and spray before leaf three is fully emerged,” says Mrs Bend.

She adds the T1 to T2 gap might stretch beyond the three-week optimum, so where practicalities dictate this “combi” approach a T1.5 may be required if septoria pressure remains high.

Mr Watson agrees that if the gap is more than three weeks, the extra spray of a multisite such as chlorothalonil or folpet should be considered to protect leaf two. However, Niab Tag takes the view that T1s should be applied when leaf three is two-thirds emerged on the main tiller anyway, and 50% emerged on the rest of the plant.

“Because of the reduced eradicant activity of the azoles perhaps giving only 30% control, if you wait until leaf three is fully out, the tip is infected to such a degree that you can’t control it,” Mr Watson says. “Last year we saw the tip of leaf three infected, even with robust T1 sprays applied at full leaf-three emergence.”

Approaching the critical T1 timing there is also the risk of sprays being pushed back due to field conditions. In these cases, Dr Fogg says, growers need to reassess risk and start again, reconsidering either product choice or rates.

“All the SDHI/azole combinations work well, but look at the AHDB dose response data to find the appropriate product and look at using higher rates where risk is high,” he adds.

He also stresses the importance of multisite fungicides through the programme and believes they should be the first thing in the tank, but warns chlorothalonil could hinder curative activity of other chemistry.

“We want to see multisites through the programme and we have both folpet and chlorothalonil available.

“You should play on the relative strengths of the two products and folpet may be beneficial in a more eradicant situation,” he explains.