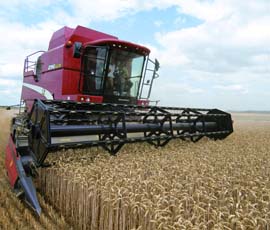 Agricultural research in the UK needs an overhaul if government, scientists and farmers are going to find a way to secure food supplies, a leading researcher has claimed.

Tim Benton, “champion” of Global Food Security a coalition of government departments and research organisations working to find sustainable ways to produce food – said farming and food research had been too focused on single issues in the past.

Speaking at the Centre for Excellence in UK farming conference at Kenilworth on Monday (21 November), Mr Benton said the £450m invested in UK agricultural science needed to be spent in a way which addressed all of the challenges in the food chain.

“Research needs to be rooted in understanding the whole food system and the way things trade off against each other,” he told delegates.

“We have spent too long looking at single issues and we are now surprised that parts of the chain aren’t working with each other.

“We need to look at production and science in a more holistic way.”

“We need to have discussions about where funding is going and what the evidence is around the science,” he added.

This might mean changing the way researchers, farmers and policy makers thought about research and securing food production.

“We need to realise increasing food production is not all about new technologies and kit,” Mr Benton said.

“Things like genetically modified crops are part of the answer, but there are other important things like environmental science and basic farm management that we really need to give more thought to.”

He said farmers had already made good progress in using chemicals in better ways to cut their use, improve the environment and cut costs.

But he said using pesticides and fertilisers needed to go hand in hand with other technologies to produce food.

“My concern is that politicians see GMs as an answer to getting rid of pesticides,” he told delegates.

“What we do have is the technology that allows us to use more efficiently. That’s something we have to become much better at doing.”