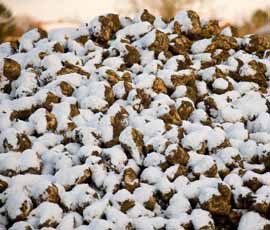 With 2011 coming to an end, Farmers Weekly looks back at some of the events that shaped this year, like the difficulties sugar beet growers faced at the start of the year.

It was a year of extremes for sugar beet. Growers in some areas vowed never to grow the crop again after unseasonally mild weather following weeks of sub-zero temperatures left beet rotting in the fields.

Estimates in January suggested farmers would lose more than £15m in the East Midlands alone as 25,000 acres (10,000ha) of the crop were written off. Growers in East Anglia were also facing heavy losses.

See more from our review of the year.