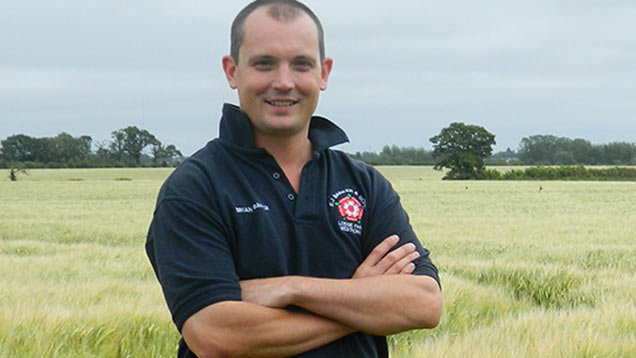 A leading Suffolk grower has quit growing oilseed rape, arguing the crop is too costly, holds too much risk and provides too little return.

Despite good yields, AHDB Cereals and Oilseeds monitor farmer Brian Barker says there are too many challenges to make the crop worthwhile.

“Of course oilseed rape is a valuable crop, but for me now it’s more like oilseed risk. I’m not going to grow it this autumn,” he adds.

The nationwide area of oilseed rape has fallen for three successive years due to low rapeseed prices and higher costs, and is expect to fall again this autumn.

“If the price increases I might put it in as a cash crop, but the market price would have to be at least £350 to make it worthwhile,” Mr Barker adds.

Rapeseed prices are about £255/t ex-farm for harvest, having fallen more than £100/t over the past two years.

“Of course oilseed rape is a valuable crop, but for me now it’s more like oilseed risk.”
Brian Barker, Suffolk grower

By dropping rapeseed, he plans to grow more of other crops which are more consistent, such as winter wheat.

He says the farm sees good oilseed rape yields of about 4.5t/ha, but slugs are a major problem, and would continue to be so as he moves more to reduced tillage.

In addition, he says the farm spends a fortune chasing pigeons all year – money which could be used for something else.

Pollen beetle is also a problem and he doesn’t want to have to keep spraying, because of the risk of insecticide resistance.

He has also found that the highest populations of blackgrass on the farm are following oilseed rape crops, while summer hailstorms are another major risk with oilseed rape.