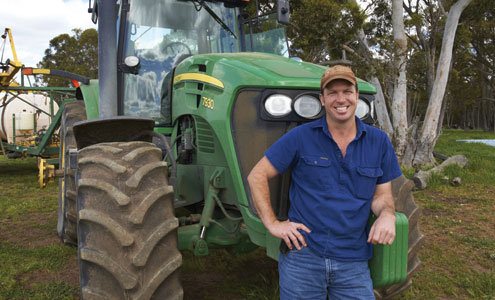 Spring has sprung and it’s starting to heat up. Over the weekend we had temperatures of over 28C here in the south of the state and over 30C in the north. While these temperatures are not uncommon in late spring, they are for this time of year.

Some areas of Western Australia have had one of their driest years on record and there are reports of oilseed rape crops dying and wheat crops prematurely haying off. Here in the South West the crops are looking good and while on these hot days the oilseed rape leaves droop and the wheat curls its leaves, we are getting enough rain each week for the crops to hang on.

One of the things I picked up in the corn belt of the USA was just how resilient the GM technology had made corn. GM corn plants having resistance to insects, disease and herbicide were yielding much better than conventional crops, even in the driest years.

This is evident this year when speaking to some of the farmers I visited. One farmer commented that this is the driest year for 30 years, but the corn will still yield better than it did 10 years ago in a normal year.

We have seen the same effect with our GM oilseed rape on our farm. In normal years there is little difference in yield, but in dry years the rape can yield up to 20% more.

It’s amazing just how tough and resilient our crops are. Just when you think it’s all over, you can get 20mm of rain and they spring back to life. Last year was the biggest crop on record at 15m tonnes in Western Australia. This year the estimate is around 8m tonnes. Once again we are looking for rain, because any rain now will be like dollar coins falling from the sky.