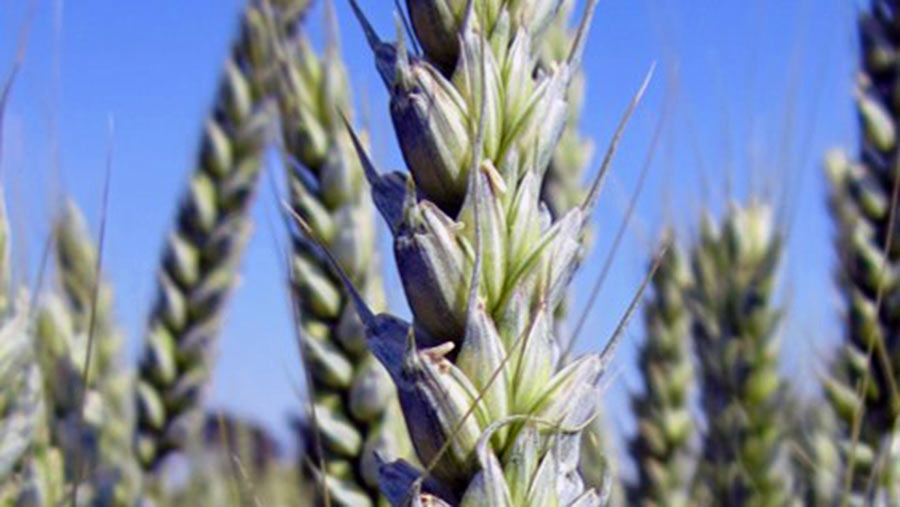 Cambridgeshire grower William Gee has turned to spring wheat to help control bad blackgrass on his farm and earn a price premium from the crop.

Farming on the edge of the fenlands, some fields on the family farm were severely infested by blackgrass so an extra spring crop was needed to help control the troublesome grassweed.

With oilseed rape and mustard in the rotation, blackgrass was becoming more difficult to control, and spring wheat compared well financially with winter wheat infested with the grassweed.

“As a strategy to control blackgrass, introducing spring wheat into the rotation has worked very well,” he tells Farmers Weekly.

See also: Spring wheat could be better bet than malting barley in 2016

The spring crop has yielded as high as 8t/ha on the farm’s silty clay soils compared with winter wheat yields, which can drop as low as 6t/ha due to very bad blackgrass.

The farm had grown spring wheat historically, but then Mr Gee decided to grow the crop routinely in 2015 when 30ha of the variety Mulika were drilled with one field hitting 8t/ha and another 7.5t/ha.

“We have some fields with very bad blackgrass with herbicide resistance issues, so spring wheat has worked well,” he says.

He adds that the spend is about £120/ha less to grow spring wheat, largely in terms of herbicide and fungicide costs, than winter wheat, and the crop has always met the specifications for milling or for a seed crop.

The spring crop can be susceptible to ergot as it is later flowering than winter wheat, but the farm has had no problem with the disease.

Many growers use the variety Mulika, which is the only Group 1 milling spring wheat variety on the current 2017/18 AHDB Recommended Lists, although major breadmaker Warburtons is offering contracts for the spring variety Lennox.

“With the big interest in spring crops, we would suggest growers take another look at spring wheat as spring barley is not the answer for every grower,” she says.

Most spring wheat varieties can be drilled in November and December, and can often compare favourably with late-drilled winter wheat, adds Mrs Leaman.

Two new Group 2 milling varieties Cochise and Chilham have been added to the Recommended List with Cochise yielding 106%, well above Mulika at 96%.

Both newcomers have a good range of disease resistance scores and resistance to orange wheat blossom midge, she adds.

Spring wheat can be aimed at a range of markets, and group 4 feed varieties Kilburn and Alderon can be grown if only feed winter wheat are grown on the farm and keeping milling and feed varieties separate is a problem.

“Spring wheats need to be compared with other spring crops rather than autumn-drilled crops and then the advantage from controlling blackgrass taken into account,” she says