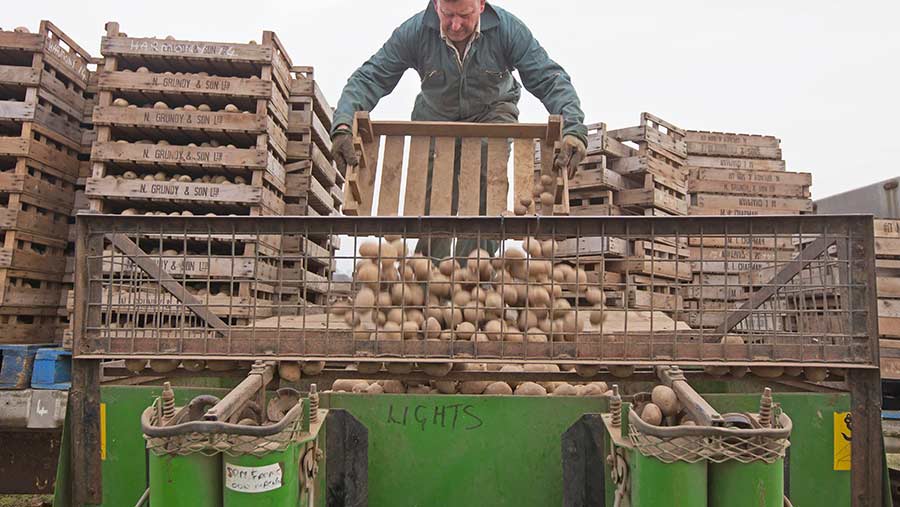 As the countryside emerges from under the blanket of snow deposited 10 days ago, growers can now look forward to some spring weather hopefully arriving soon.

There’s still a fair bit of ploughing to do and soils are pretty wet, so a wee bit of patience will be needed to avoid creating problems that will come back and bite later in the year.

Seed grading is in full swing and movement of seed down to English ware growers has resumed after over a week when nothing moved because of the freezing temperatures.

With possible delays to ware planting as a result of the weather and field conditions, it’s even more important than ever to make sure that seed is stored well in the interim.

Get it decanted out of bags and into clean boxes, then store in well-ventilated, temperature-controlled stores. Remember to avoid any boxes or stores that have had history of Chlorpropham use.

Seed growers in Scotland are completing plans for this year’s crops. It has been a more difficult process than in previous years, with the main export variety, Hermes, coming under serious pressure because of a poor market in Egypt and its inherent low seed yield being exposed by last year’s dry spring.

Exported tonnages of Hermes have halved this winter and growers are struggling to find alternatives with sound markets to replace it.

Slightly stronger cereal prices, coupled with a desire to find clean land has meant there’s been an increase in the amount of grassland being used to grow the potato crop on.

It’s worth checking the historic records for herbicides being applied to grass fields destined for potato crops to avoid serious problems with residues of actives such as Clorpyralid and Aminopyralid.