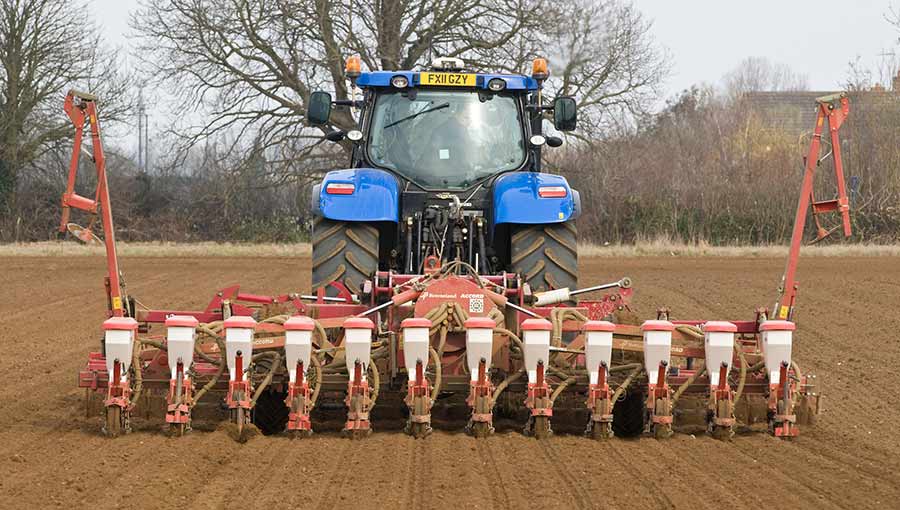 The sugar beet area is set to dip 5-10% this spring as some early drilling gets under way, reflecting a fall in beet prices and the banning of key insecticide seed treatments.

Beet processor British Sugar is forecasting this fall in the area grown, with the harvesting of last year’s crop in its final stages from an area of just over 105,000ha.

Britain’s 3,000-plus sugar beet growers will see headline beet prices fall just over 9% for this coming season, while they face growing beet without key neonicotinoid seed treatments that control the aphids that spread the major sugar beet disease virus yellows.

British Sugar said the current harvesting compaign is progressing well, benefiting from good harvesting conditions and strong operating performance at its four factories at Bury St Edmunds in Suffolk, Wissington and Cantley in Norfolk, and Newark in Nottinghamshire.

The processor confirmed that production from the 2018 crop, where harvesting is nearing completion, will be 1.15m tonnes of sugar – from a crop hit by late spring drilling and a summer drought – compared with 1.37m tonnes the previous year when beet yields reached record levels.

British Sugar added a note of optimism over future prices, saying that lower production in the European Union is likely to underpin the increase in EU sugar prices.

EU stock levels reduced during the 2018/19 season as a consequence of lower production in the current campaign. A reduction in the European crop area for the 2019/20 season is expected, and so stocks will remain low, which should support the current upward trend in EU sugar prices.

British Sugar gave the update as its parent company Associated British Foods issued a trading statement ahead of its half-year results for the 24 weeks to 2 March, set to be announced on 24 April.