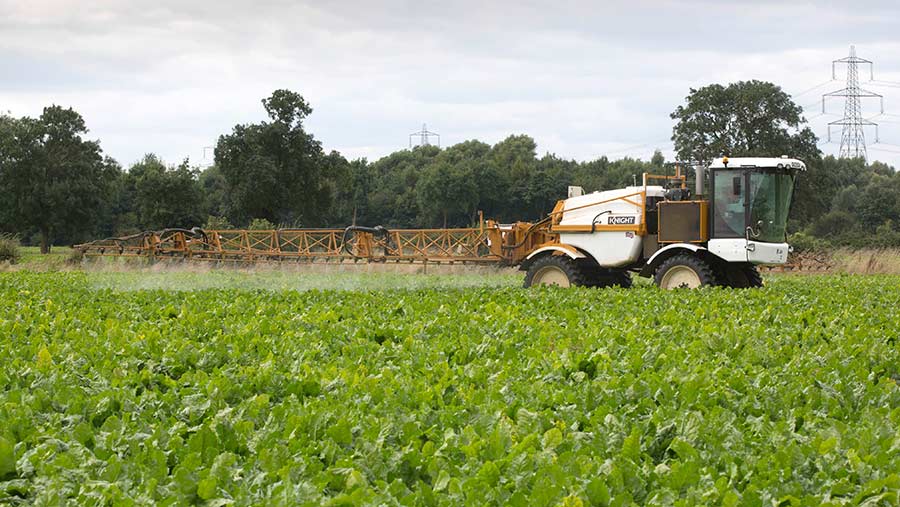 A sugar beet price dispute means farmers face the unwelcome prospect of deciding whether to continue growing the crop without knowing how much it will be worth.

Beet prices are usually announced during the summer for the coming year – giving growers plenty of time to make informed cropping decisions.

But a disagreement between British Sugar and NFU Sugar means prices for next season may not be known until this autumn at the earliest.

British Sugar says it has made an offer for the 2020-21 season that is “more attractive than this year’s one-year contract”.

But the dispute appears to centre on the terms of a proposed three-year agreement to replace the 2017 deal – which is now in its final year.

British Sugar says its proposed three-year offer is “as attractive as the previous 2017 deal”. But NFU Sugar says the offer fails to recognise rising costs and risks faced by growers.

Both parties have written to beet growers in a bid to reassure them over the situation.

British Sugar agriculture director Colm McKay acknowledged that the delay was frustrating – and voiced disappointment that an agreement had not yet been reached.

“Our priority each year is to negotiate with NFU Sugar to deliver the fairest deal possible for you, the growers, and for us as the processor,” he said.

“We always look to strike a balance between the stability of a guaranteed minimum price, and potential upside in a market-linked bonus,” he added.

NFU Sugar chairman Michael Sly said British Sugar had told him it was not prepared to agree on the one-year contract without also agreeing on the three-year contract.

He said he had repeatedly tried to impress upon British Sugar the importance of remunerating growers for the increased risks and costs they would incur over the next three years.

These included the higher cost of addressing pest and disease issues caused by the loss of neonicotinoid seed treatments.

British Sugar had offered “inadequate terms”, but NFU Sugar was doing all it could to bring the talks to a successful conclusion, Mr Sly said.

But he added: “As things stand, we do not believe this will happen before the autumn at the earliest. I would therefore encourage growers to consider their options.”