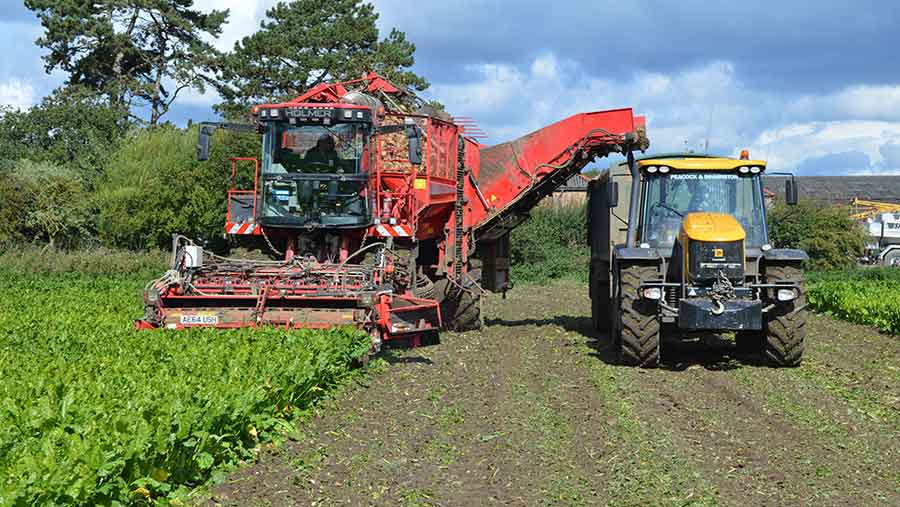 British Sugar has cut its forecast for the current sugar beet harvest despite many growers on good soil types reporting some bumper yields from their crops.

The beet processor is estimating a harvested crop of 1.38m tonnes of sugar compared with its previous forecast of “in excess of 1.4m tonnes”.

This season’s harvest started early in mid-September last year and will continue into mid-March in expectation of a bigger crop than the previous season’s 900,000t of sugar.

The processor says the harvest from Britain’s 3,500 beet growers is still showing some high yields and high sugar contents, which is being processed at its four factories – Newark in Nottinghamshire, Bury St Edmunds in Suffolk together with Wissington and Cantley in Norfolk.

The crop update came as British Sugar’s parent company, Associated British Foods, which is the world’s biggest sugar company, with interests in Spain, China, South Africa and the UK, issued a first quarter trading update for the 16 weeks period to 6 January, 2018.