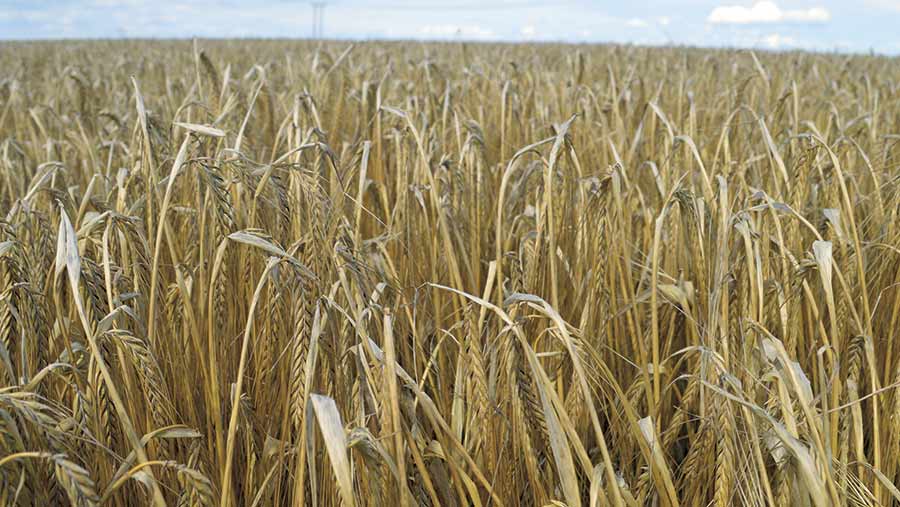 Spring malting barley is the most profitable cereal crop on one north Norfolk farm and in a bid to improve returns further just one new high-yielding variety is being grown.

The barley crop outpaces even winter wheat in profit terms and for next season the farm will reflect a big change underway in spring malting varieties nationwide.

Tom Dye, managing director of Albanwise Farming, is growing the dual-purpose variety Laureate, which can satisfy the needs of brewers and distillers alike.

Farming traditional light north Norfolk malting barley and sugar beet land, he will put all of his 230ha spring barley land into this variety rather than fellow dual-purpose varieties Odyssey or Concerto, or even the brewer’s old favourite Propino.

“The Laureate simply out-yielded the Odyssey by half a tonne a hectare and Propino by a quarter of a tonne,” he tells Farmers Weekly.

In 2017, his Laureate yielded an average 7.39t/ha in a tricky season for growing malting barley, and at a price of just over £150/t this gave him a gross margin of £848/ha to put winter wheat and even oilseed rape in the shade.

Bob King, commercial director of Crisp Malting, sees 2018 as a year of change for barley varieties with maltsters moving towards Planet for sole brewing use and those favouring dual-purpose varieties moving towards Laureate.

Crisp, which is the biggest buyer of malting barley in East Anglia, expects its buying strategy to move from a 55%-45% Odyssey-Concerto split in 2017 to a 70%-30% Laureate-Concerto ratio in 2018, and may move further in favour of Laureate in the future.

Tom Rivett, of grain merchants H Banham, based near Fakenham, who co-ordinates many of the contracts to supply Crisp says he is also seeing a big switch in varieties for 2018.

“We have seen a massive swing toward Laureate and away from Odyssey and Concerto,” he says. 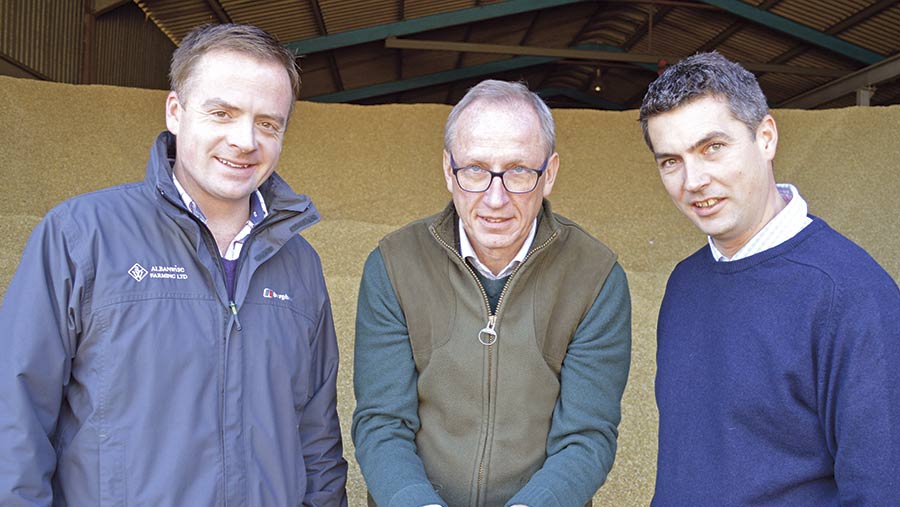 The maltster Crisp targets grain nitrogen of below 1.6% as it supplies Scottish distillers with top quality low-nitrogen malt, but it can also supply malt to brewers.

Mr Dye is still to deliver his grain from the 2017 harvest but says his crop looks around 1.6% nitrogen or just below, although it was a difficult growing season when heavy June rain caused many crops to lodge.

Land is ploughed after sugar beet, tine cultivated in the spring and then disc drilled usually in March when the land is warm enough. The crop drilled at 310-320 seeds/sq m.

“We need to get the crop up and growing and avoid any late frost as any loss of vigour leads to a loss of yield,” says Mr Dye.

Nutrition is key for malting barley with the amount of nitrogen applied obviously important for yield, while the split and timing of the fertiliser is key for quality grain.

Spring nitrogen is applied at 140kg/ha, with half spread just after drilling and the remaining half at the 4-5 leaf stage. Some 80kg/ha of phosphate and potash are applied pre-emergence.

“The timing of the nutrition is key as the worst thing we can do is to apply nitrogen going into a drought phase,” he says.

A little and often approach is taken on spraying with typically three fungicide and two herbicide applications used post emergence. 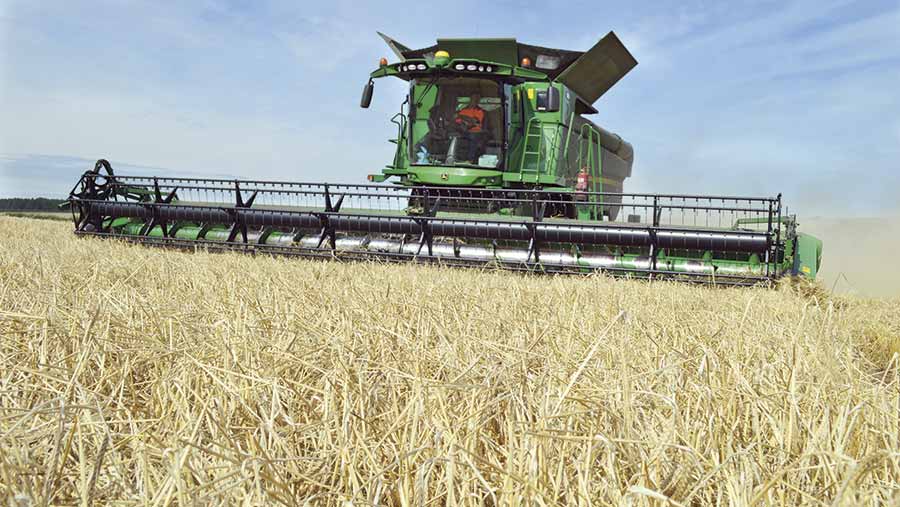 Normally, the biggest problem with spring barley on the farm is a lack of moisture in May and June for this shallow-rooting crop on light Norfolk land, but last year the late June weather caused the biggest headache.

Just when the crop was at its heaviest, northerly winds and 40mm of rain in less than 48 hours put most of the Laureate on the ground, although a drier month in July did help the crop recover before harvest, which took place in the second week of August.

This has not put off Mr Dye from growing Laureate in spring 2018 as it stands and yields better than Concerto and Odyssey. The only minor concern is that the variety is slightly later maturing than Concerto.

In yield terms, the difference is significant as on the current AHDB Recommended List, as Laureate outyields Concerto by 10%, and by 11% in eastern England.

However, Mr Dye is not fully wedded to Laureate as he manages three other farms in West Norfolk, East Yorkshire and also North Yorkshire and here he grows brewing varieties Planet and Propino and specialist grain distilling variety Olympus.

The ABC group links two grain merchants – Adams & Howling and H Banham – with maltster Crisp Malting giving growers guidance on what varieties are in demand by the brewing and distilling end users.

Although an AHDB Early Bird Survey suggests 3% higher nationwide spring barley plantings at 773,000ha in 2018, Mr King expects the spring barley area in Norfolk to be largely steady in 2018 compared with 2017.