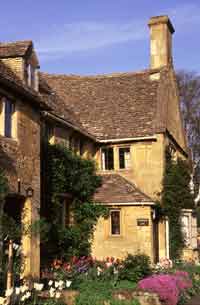 The three proposed tax rises would have affected many rural and farming businesses had they not been dropped.

Many landowners and farmers will have diversified into furnished holiday lettings (FHL) and the changes here are probably the most significant as they will assist those who have made a genuine business out of holiday letting.

To date, owners of FHL property have benefited from valuable tax breaks including being able to set any losses against other income, which is especially important in the early years of a new business, and because profits are counted as eligible earnings for pension purposes.

The other significant tax concession is on disposal of the business property where, in appropriate circumstances, the gain arising can qualify for Capital Gains Tax entrepreneurs’ relief, which could reduce the tax payable to 10% on the first £2m of gain. Also, CGT rollover relief can be available in some cases.

While this is a bit higher than the UK tourist industry would have liked, it will protect most of the self-catering sector and provide the incentive for those operating in the 15-week range to seek more business, which in turn will help rural economies. In all other respects the existing tax rules and reliefs are unchanged and this valuable sector of rural business activity will be largely protected.

Apple and pear growers will be delighted that the Government has also abandoned its recently imposed 10% rise in cider duty, announced in the Budget last month.

The tax increase on cider will now expire on 30 June, after which cider will be subject to the standard 2% increase announced in the Budget for beers and spirits. Clearly this will benefit apple and pear growers, as well as cider-makers and consumers.

The third measure was dropping the phone-line tax set at 50p per month which would have increased costs to rural businesses and other users.

All these changes to the Finance Bill came after the Conservatives threatened to delay the progress of other legislation, including the contentious Digital Economy Bill, if the three planned tax changes were not withdrawn. However, while the u-turn on the tax rises is welcome, the Government has confirmed that the tax proposals will be reinstated if it is re-elected on 6 May.