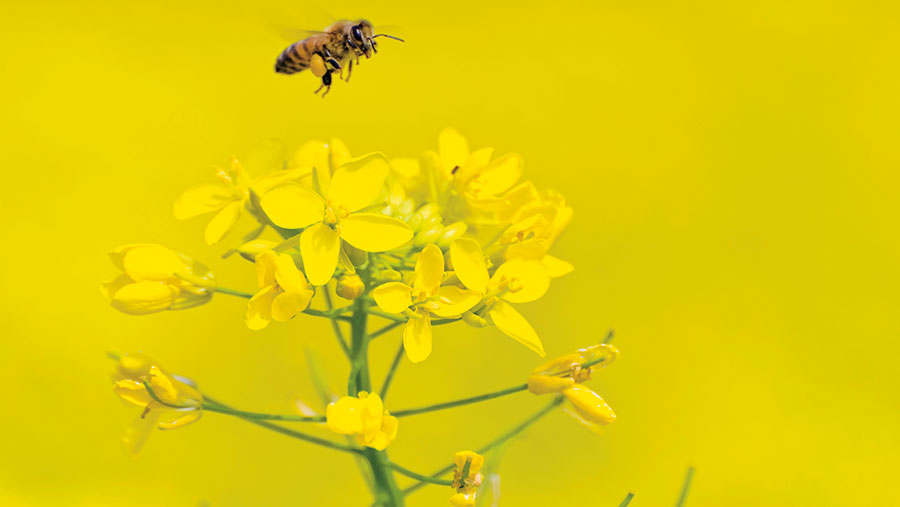 Scientists called for the urgent development of alternative pest control methods after the EU widened its partial ban on three key neonicotinoids to cover all outdoor crops.

The European Commission proposal to ban three key neonicotinoids used by farmers was endorsed by member states on Friday (27 April).

Active substances imidacloprid, clothianidin and thiamethoxam will now only be allowed in greenhouses where bees will not be exposed to them.

The ban was backed by Defra, which said it was committed to enhancing the environment and welcomed the vote in support of further restrictions on neonicotinoids. But growers who rely on the chemicals as seed treatments were dismayed at the decision.

Existing restrictions, which cover flowering crops such as oilseed rape, will stay in place until the new measures comes into force following a phaseout period of about eight months.

Defra said this would give farmers time to adjust – but in reality much longer will be needed.

Sugar beet growers, who use neonicotinoid-treated seed to help establish crops, described the decision to extend the ban as a black day.

It was a bad for the environment, bad for bees and bad for growers, said the International Confederation of European Beet Growers.

Ian Toth, a senior scientist at the James Hutton Institute, said: “The use of pesticides has been such an important part of crop production for decades that loss or reduction in the use of such chemicals, including neonicotinoids, will almost certainly affect crop yields.”

This would ultimately affect food prices for consumers, said Professor Toth. He added: “Now more than ever it is so important that we find alternative methods of control through more resistant crops, biocontrol and other integrated pests management approaches.”

Bill Parker, research director at the AHDB, said the ban was a serious issue for the agricultural industry because it further restricted the crop protection toolbox available to farmers and growers.

Rather than reduce pesticide use, Dr Parker said the ban could increase spray applications. “Although alternatives do exist, the consequence of this decision is likely to be a greater use of insecticides applied as foliar sprays, particularly on crops such as wheat and sugar beet.”

The EU decision to widen its neonicotinoid ban to cover all outdoor crops was widely expected – and widely cheered by environmental groups and scientists who have long warned that the chemicals are responsible for declining bee populations.

But it is not the end of the story. Buoyed by winning the argument on neonicotinoids – and successfully lobbying Defra to vote in favour of the ban, those same groups are now calling for the use of other pesticides to be curtailed too.

Prof Goulson said: “If these neonicotinoids are simply replaced by other similar compounds such as sulfoxaflor, cyantraniliprole and flupyradifurone – all new systemic insecticides – then we will simply be going round in circles.”

Agrochemical giant Bayer says the ban further reduces farmers’ ability to tackle important pests. It continues to insist that the restrictions are not warranted, arguing that neonicotinoids are safe when used in accordance with instructions.

Restrictions already in place have resulted in considerable unintended consequences, says Bayer. These include more applications of alternative spays, leading to more carbon dioxide emissions, an increased risk of resistant pest insects and a return to older, less-effective chemicals.