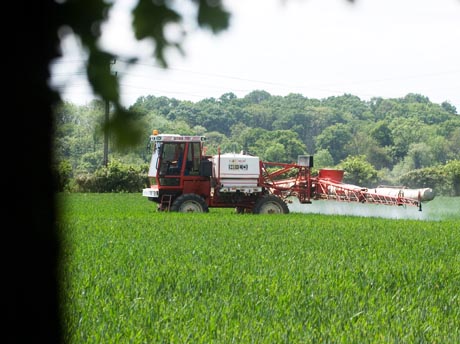 Results from a range of Cambridge Arable Technologies trials were relayed to members this week. Andrew Blake reports


There is little to choose between modern cereal fungicides used in well-designed programmes. But last week’s EU decision on pesticides approval casts a shadow over the ability of growers to control diseases so well in the future, according to Cambridge Arable Technologies’ Richard Fenwick.

Relaying findings from the third year of the firm’s systems trials, Mr Fenwick explained that the idea had been to test the claims for specific products by asking all main manufacturers to deliver their optimum wheat programmes.

“It was effectively a manufacturers’ challenge, and fortunately they all came on board. We wanted to see who could get the best margin over fungicide costs on two varieties – Oakley and Solstice. We also put in our own programme.”

All “competitors” went for four-spray programmes, but only Bayer adopted different approaches for the two varieties.

“The interesting thing is that not all stuck to their own products, which shows that no one manufacturer has the complete answer,” said Mr Fenwick. “For example, Opus was very widely used and all the programmes included triazoles.”

There was less than £20/ha difference between the best and worst, top performer by a whisker over the CAT approach being Bayer’s based on Folicur+Bravo at T0, Proline at T1 and T3, and Prosaro at T2.


On Solstice, however, the differences were more marked. Returns after fungicide costs ranged from £1311/ha from Makhteshim-Agan UK’s treatments to £1376/ha from Bayer’s programme, which this time added Bravo at T1 and relied on Firefly at T2 and T3.

Mr Fenwick believed the Solstice differences were mainly down to brown rust. “It shows we probably have to tailor our disease control programmes a bit better to varieties’ resistances.”

His key concern was the challengers’ widespread inclusion of triazoles. “Modern chemicals and programmes do a good job. But if some of these fungicides get banned it could be a very different story.

Meeting chairman, Velcourt farms director Douglas Inglis, understood that under the new EU system it was unlikely growers would have to cope with significant fungicide withdrawals for five years. He was more immediately concerned for the future of nematicides and some herbicides.

“The dilemma is that we don’t really know where the line will be drawn.”