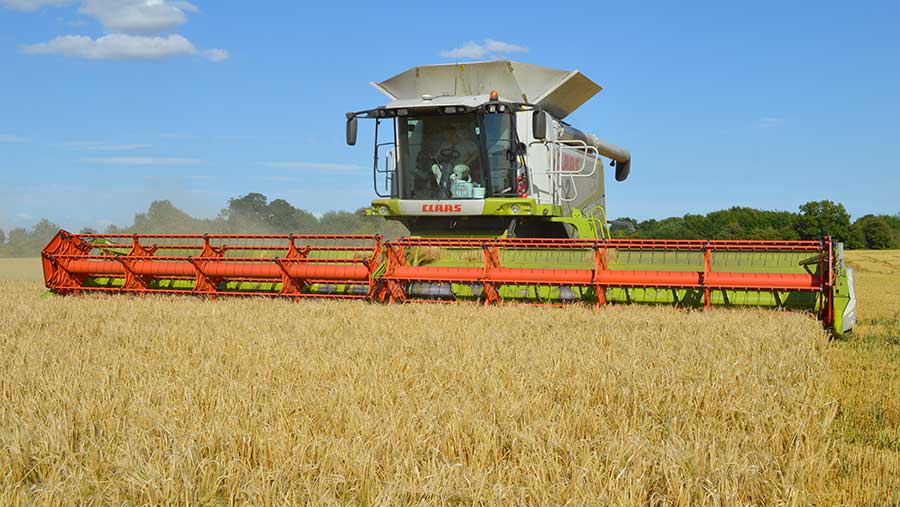 Spring barley varieties Planet and Laureate look set to be the big winners this season as growers move towards higher-yielding varieties to supply the malting industry.

Planet is forecast to take over from older variety Propino as the most popular option for drilling this spring, with both used by the maltsters to supply brewers, while Planet is also proving popular in continental Europe.

Meanwhile, Laureate is likely to made big inroads into the seed market to supply malted barley to the Scottish distillers, taking share from another older variety, Concerto.

“Planet will be the biggest variety in England. Planet, Propino and Laureate are likely to account for 60% or even 70% of the English market,” he says.

Chris Black from Planet’s breeder RAGT forecasts the variety will take 25-30% of the certified seed market this spring, up from 19% in 2017, and so topple the brewers’ old favourite Propino, which had a 23% share in 2017 and may fall slightly this year.

Planet yields 105% on the current AHDB Recommended List, ahead of Propino at 100%. Its consistency and quality is likely to see it take top spot this spring, says Mr Black, who is international cereal product manager at RAGT.

“For 2018, Planet will be the number one spring barley variety in Europe, France, the UK, the Netherlands, Sweden and Ireland, and number two in Germany,” he says.

The European maltsters like the variety and it is being used by some of the big European brewers such as Heineken and Carlsberg, while it could do well in Australia and the Ukraine to become a truly international spring barley variety, adds Mr Black.

Planet is set to be the top seller for David Bouch, seeds manager at agronomy group Hutchinsons, with Propino and Laureate competing for second spot.

“We are seeing a swing to Laureate, and further growth of Planet,” he says.

Planet is becoming a more popular variety, although there is still good demand for Propino in southern England, where there is good export business.

Mr Bouch is close to selling out of Laureate seed, with the variety selling well up the east coast from Norfolk through the Borders and into Scotland.

North of the border, Laureate and Concerto are likely to both be in good demand, with the latter’s lead likely to be cut due to Laureate’s higher yield at 104% against Concerto’s 94%.

Other seed suppliers says Scottish spring barley growers are looking very carefully at Laureate and it might need another year of growing experience to overtake Concerto.

Scotland is a major supplier to the British malting industry, which buys about 45% of its annual 1.9m tonnes from north of the border. The remaining 55% comes from the main malting areas of England such as north Norfolk and East Yorkshire.

This year, the spring barley area in Britain is forecast to be up 7% to 803,000ha as growers look to fight blackgrass and diversify their rotations, according to an updated AHDB Early Bird survey.