Some of this season’s oilseed rape crops will have needed less than half the nitrogen applied to others for the same yield, according to latest Masstock calculations.

And proof that matching N inputs to the needs of specific oilseed rape crops can be rewarding is borne out by last season’s results.

The Best of British Oilseeds studies suggest there is still plenty of scope for many growers to fine-tune fertiliser applications to the crop.

“Put simply, high levels of N in the canopy and soil mean we need apply less N in spring to meet the yield potential we calculate for a particular crop. Having determined the total required, decisions are then made on application timings of nitrogen and sulphur.”

Last year’s Kemira GrowHow sponsored trials carried out by ADAS demonstrated the optimum N rate varied by 100kg/ha to deliver the same yield. “We can influence the GAI, and seed-bed N should be considered,” says Mr Langton.

“Seed-bed N should be applied where soil nitrogen is in relatively short supply or where later drilled crops have less time to establish before winter.”

Masstock trials at the firm’s Throws Farm research centre in Essex and at its Cirencester SMART Farm in Gloucestershire showed the benefit of seed-bed nitrogen.

“By applying 30kg/ha N in the seed-bed we have created a bigger rooted plant in the autumn which has hoovered up more N over winter and resulted in a bigger green area index in spring of between 0.6 and 0.7.”

“On top of the N savings the plants were bigger and better able to tolerate phoma and pigeons and be more competitive with weeds.”

Analysis of over 4000ha of Cleanacres’ crops last season highlighted the benefits of targeted nitrogen management.

“It showed that similar yields can be achieved from 100kg/ha N as from 200kg in right circumstances.”

A trebling in the number of soil nitrogen tests for the firm’s clients before crop growth began this spring suggests producers are becoming increasingly interested in the combined N Min/GAI technique, Mr Langton believes.

“More growers are appreciating the value of doing everything possible to optimise N rates and timings to hit the target GAI of 3.5-4 at mid-flowering. This creates the best opportunity to optimise the number of seeds set/sq m and an efficient canopy to fill them.”

Hybrids like Excel and Excalibur are particularly good at accumulating N – semi-dwarf types less so, especially when drilled later.

“Applied at the same 205kg/ha rate at Masstock’s Brotherton SMART Farm in Yorkshire, for instance, ammonium nitrate delivered yields of 6.1t/ha against 4t/ha from urea. And the value of extra sulphur was clear in the 7.2t/ha recorded from the same amount of N applied as Kemira GrowHow Double Top. 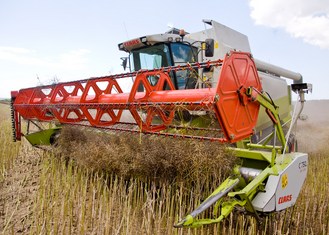 Different N rates and timings across several varieties are being examined in trials at Throws Farm and the results will be combined with those from three other Kemira GrowHow-sponsored ADAS trials.

“This should highlight varietal differences and allow us to establish clear benchmarks.”

Using Masstock’s “best practice” approach with a slightly higher S allowance, 104kg/ha N was applied in all, delivering 5.6t/ha and margin over N costs of over £950/ha.

Applying 150kg under standard farm commercial practice gave 5.4t with a margin of just over £900, but 215kg driven by current RB 209 recommendations delivered only 4.9t and a margin of under £800.