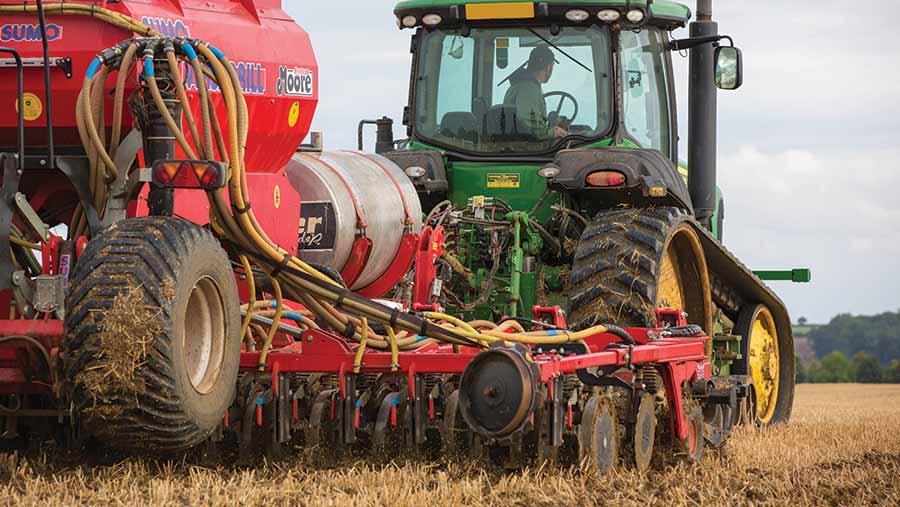 The three candidate varieties up for recommendation this autumn will be available for drilling this summer.

They include a herbicide-tolerant hybrid offering a means of controlling brassica weeds without compromising yield, as well as two high yielders with very good disease resistance.

Aimed at farmers with a charlock problem, the first variety is a new herbicide-tolerant hybrid from Corteva that closes the yield gap with non-Clearfield varieties.

PT279CL has a yield of 98% in AHDB Recommended List trials for the East and West.

Andy Stainthorpe, the company’s sales manager, said: “In broad terms, we now have a Clearfield variety that is on parity [for yield] with typical non-Clearfield varieties.”

Clearfield varieties have tolerance to the herbicide imazamox, which has good activity against brassica weeds such as charlock and runch.

Not only are they valuable for controlling these difficult weeds, they are also proving useful for farmers tackling high-erucic acid OSR volunteers.

This has resulted in the UK Clearfield OSR area increasing significantly in the past three years, accounting for 60,000ha this season.

However, up to now there has been a yield penalty for this trait. As Mr Stainthorpe pointed out, PT279CL has made its way through the trials and its yield means it is up for recommendation in the East and West.

It also scores well for disease resistance, with a 6 rating for light leaf spot and the same score for phoma. “It is not too tall and has a good competitive yield,” he said.

The seed crop in France is destined for the UK in time for drilling this autumn, although there is limited supply, so farmers are urged to order early.

Fellow breeder Dekalb is offering free seed to 50 farmers for its two candidates – Exsteel and Exstar.

“Both offer a step up in yield and oil content over existing Dekalb varieties,” said Matthew Clarke, the company’s oilseed rape breeder.

He added that they are both solid varieties and are suited to all regions of the UK, having good phoma and light leaf spot resistance.

“Exstar with its 8s [for light leaf spot and phoma] is not something you see in high-yielding oilseed rape.”

And through its new Groundbreakers programme, there is a chance for 50 farmers to receive free seed for about 3ha of each variety in return for feedback at three key times in the season.

These are at establishment, after winter and at harvest, said Mark Shaw, the company’s seeds and traits marketing manager.

“It will run in parallel with the Recommended List programme, as we only get so much from small-plot trials.”

The aim is to see how the varieties both perform under commercial conditions in different parts of the UK under a range of establishment systems ahead of their commercial launch next year.

It is a direct offer from the breeder to growers and interested farmers need to register online. Dekalb will then select 50 growers.