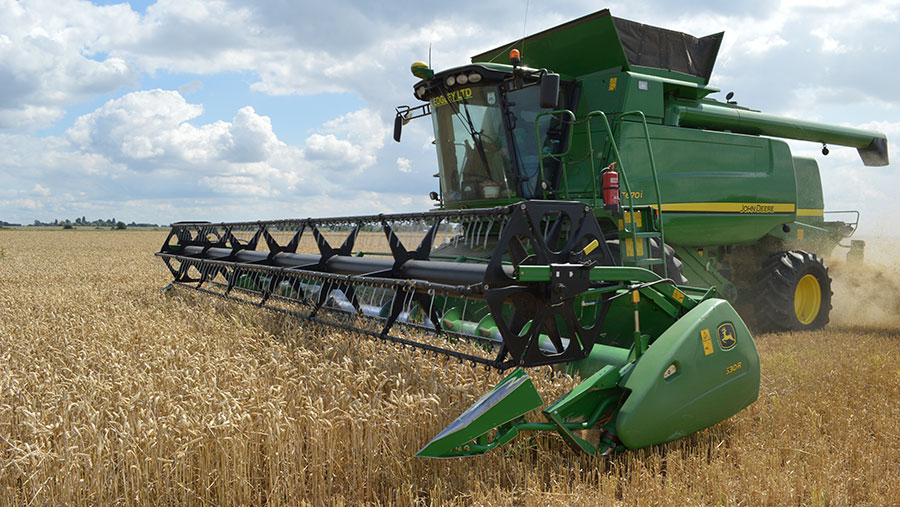 A wheat variety with the best-ever resistance to septoria, the most-impressive-yet hybrid barley and a group of high-yielding oilseed rapes have all been given the green light for farmers to grow.

In addition, a feed wheat variety taking yields to new levels and a biscuit wheat with excellent disease resistance were also included in the latest AHDB Recommended Lists of cereal and oilseeds for 2019-20.

“Varieties with better yields, improved disease resistance and good grain quality are good news for growers and potentially could lead to them cutting their costs,” she said.

With disease control becoming more challenging – such as septoria in wheat and light leaf spot in oilseed rape – it was good to see better levels of genetic disease resistance being introduced across a range of crops, Dr Watts added.

In the new lists, ramularia disease resistance ratings were removed for barley as there was an inconsistency between sites, and so extra trials are being introduced, while untreated oilseed rape yields were introduced due to the rising threat of disease in the crop. 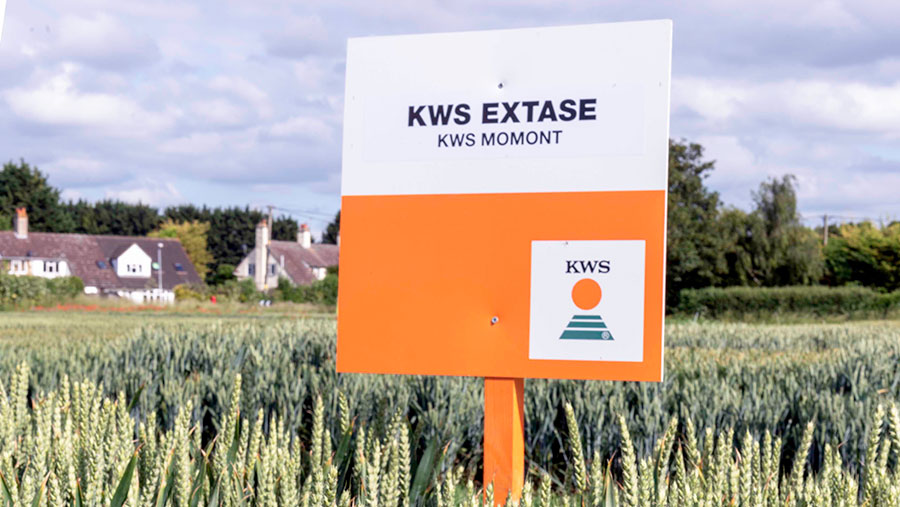 Extase, from breeder KWS, is a Group 2 milling wheat with a yield of 101% close to Siskin from the same breeder at 102%, while its score for septoria resistance is 8.1, above the previous highest Sundance at 7.9.

“The variety is a revolution in disease resistance, and will be one of the first varieties to sellout next year,” he said.

Barry Barker, national arable seed product manager at agronomy group Agrii, said the variety’s across the board disease resistance, especially for the wet-weather-loving septoria, will appeal to growers.

“Agronomically it ticks an awful number of boxes and will definitely interest growers in the wetter west of the country,” he said.

Will Compson, the breeder’s sales and cereals manager, said the variety had shown consistent performance across all regions, in first and second cereal slots and on light and heavy soils.

“Extase heralds a new era in disease resistance being the first variety ever to have a Septoria tritici resistance score greater than 8,” he said.

Grain quality is similar to Siskin, with protein a touch lower at 12.6%, a similar Hagberg of 307 and slightly higher specific weight at 78.6kg/hl.

Skyscraper, a soft-milling feed wheat from breeders Limagrain, takes the top spot in the yield stakes at 106% pushing ahead of previous top yielder Gravity at 104%.

Mr Guest said the variety will clearly attract attention as the highest-yielding wheat variety, some 2% above its nearest rival. Some have pointed out a slight weakness in the straw stiffness, but it is in line with Gravity, Gleam and Kerrin, while its septoria rating of 5.2 is only moderate.

Ed Flatman, senior wheat breeder at Limagrain, said the variety is a real breakthrough in yield terms and as a early maturing soft-milling variety it will be suitable for distilling use in Scotland.

“Skyscraper has consistently performed over the past three contrasting years in official trials and with its high specific weight, good disease resistance plus midge resistance it is well suited to all regions of the UK,” he said.

Mr Barker highlighted another soft-milling feed wheat from Limagrain, Spotlight, with a good yield of 104%, good specific weight above 78kg/hl and a high Hagberg approaching 300, and so may attract growers of Costello.

“It looks solid agronomically with a slightly stiffer straw than Skyscraper and good quality,” he said. 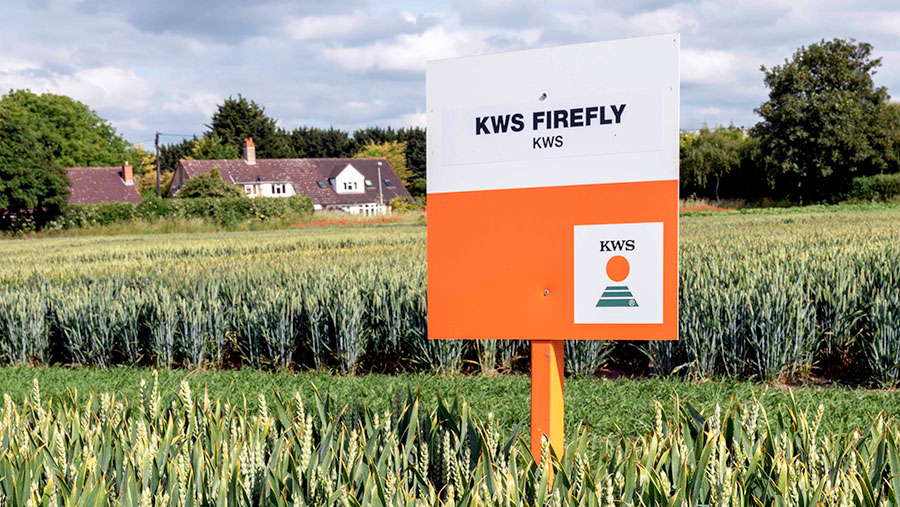 In the biscuit-making wheat, Firefly from KWS, becomes the highest-yielding variety among Group 3 wheats at 102% with improved septoria resistance compared with popular biscuit-maker Barrel.

Mr Barker said Firefly was an improvement on Barrel at 7.0 for septoria compared with a lowly 4.7 for Barrel, while Mr Guest said it could increase the overall market share of biscuit-making wheats.

Mr Compson added the variety is best suited to the East and West rather the North and across and range of soil types and positions in the rotation.

“With the stiffest straw of any variety on the Recommended List, it is another variety we expect to be popular with growers in the coming years,” he said.

The fifth variety is the group 2 milling wheat Detroit from Limagrain yielding 100% with the benefit of good fusarium resistance and resistance to orange wheat blossom midge. 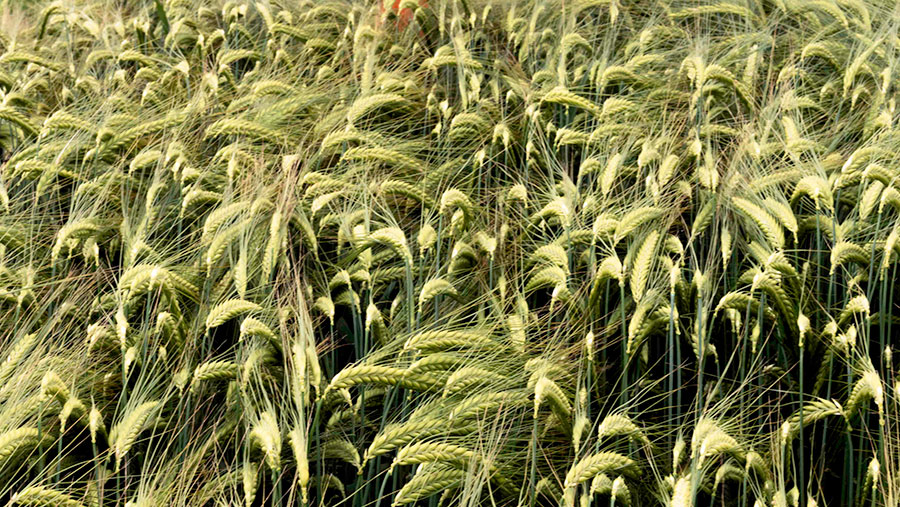 Feed varieties Gimlet, Mountain and Flynn are the new highest-yielding two-row varieties coming at a time of increased popularity of the crop, with the area forecast to be up 13% this autumn.

Gimlet is the latest high-yielding two-row variety from the KWS stable which gave growers Orwell, Glacier and Tower, yielding 104%, 1% ahead of market leader Orwell.

“Gimlet is about 15cm taller than other KWS 2-rows and has large ears containing five to six more grain sites which help to deliver its yield performance,” said Mr Compson.

Mr Barker highlighted Flynn from Limagrain with improved yield and specific weight over Orwell and good resistance to rhynchosporium. 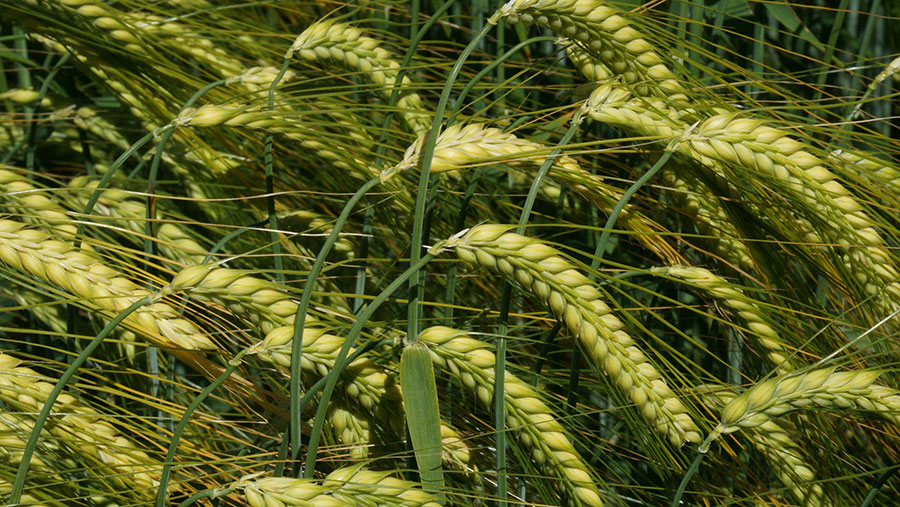 Mountain from the same breeder yields well and with early maturity could attract growers from the north of the country.

“Mountain is the highest-yielding two-row variety in the North, with a yield of 105%, and therefore competing with the hybrids,” said Les Daubney, group marketing director.

Valerie, from breeder Senova, comes with a highest specific weight behind Cassia at 70.2kg/hl and a yield of 102% which is hoped to give it good market appeal.

Jeremy Taylor, group commercial director, said it has comparable grain quality to Cassia but with a 5% yield advantage.

“Growers have been waiting patiently for another feed variety with the desired bushel weight of above 70kg/hl,” he said. 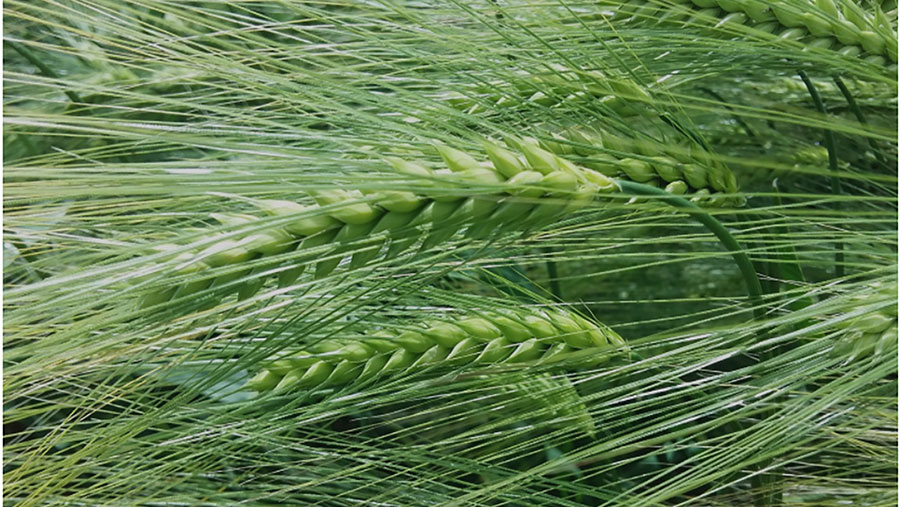 Two six-row hybrids from Syngenta, Kingsbarn and Baracooda, join the List with yields of 108% and 109%, pushing ahead of current hybrids such as Bazooka and Belmont and also with an improvement in grain quality.

Mr Guest said both show another step up from Bazooka in specific weights and disease resistance, while Mr Barker said: “Kingsbarn is the best hybrid we have seen yet from Syngenta.”

“Kingsbarn has also managed to improve on Bazooka’s already-good grain quality, in terms of specific weight without losing on disease resistance or standing power,” he said.

The only spring barley to be added to the List, Cosmopolitan becomes the new top yielder at 106% with a potential for brewing use and ahead of the main brewing variety Planet at 103%.

From breeders Senova, the variety has short stiff straw and also good disease resistance and a grain specific weight of 66.8kg/hl.

Along with other aspiring malting barley varieties, it will take another 12-18 months for maltsters and brewers to assess fully the variety before giving it their full approval. 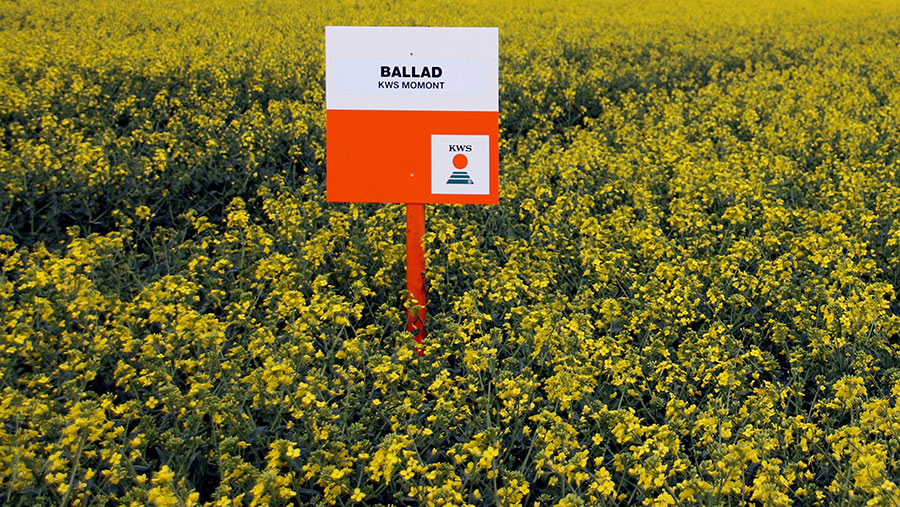 Many of these varieties showed good levels of autumn vigour which may allows some growers to drill later in the autumn to counter cabbage stem flea beetle attacks.

“With a very robust 7 for light leaf spot and a 6 for stem canker plus TuYV resistance, this is a disease package that suits every situation,” he said.

Julie Goult, KWS oilseed manager, pointed out: “Ballad is quick to establish in the autumn, but of average speed through stem extension making it the perfect variety for those seeking to establish oilseed rape in good time after winter barley.”

Exsteel, from breeders Dekalb now owned by Bayer, is a very vigorous variety with excellent disease resistance and some seed traders said it is the best rapeseed variety to come from the breeders since Exalte.

Exsteel is recommended for the North, while Expansion also from Dekalb looks to have a good agronomic package and is tipped to be a popular choice next autumn.

Seed breeder Pioneer had two varieties joining the the List. PT279CL is the only Clearfield variety – which has a tolerance to specific imidazolinone herbicides – to be recommended for special use.

Also from Pioneer, PT275, is recommended for the East-West region while George from Syngenta also get the green light for the same area.

The two others approved for special use are Crome from NPZ-Lembke for growing on clubroot infected land, while Temptation from breeders DSV has TuVY resistance. 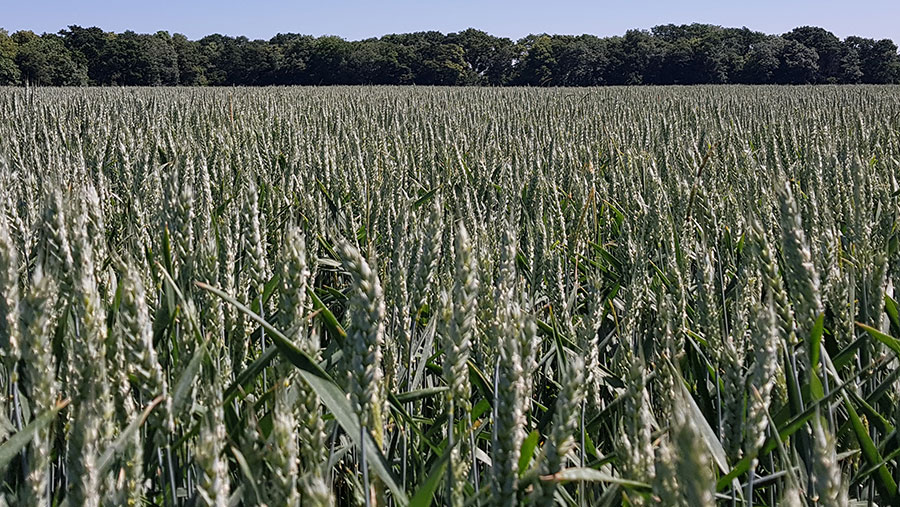 Spring wheat Hexham from Senova and Talisker from KWS are both hard-milling spring Group 4 feed wheats.

Elison from Senova is the only new spring oat variety to make the list with a high yield, good specific weight and a top 9 score for resistance to lodging.