There are four core factors that determine the success of an autumn established wheat crop – soil and seed-bed quality, weed control, timing and herbicide application.

Laying the foundations of a good crop in the autumn is one of the most critical tasks in the arable calendar, but it’s a job that can suffer when harvest drags on.

Aim to drill into a fine tilth with good soil moisture and consolidation, which gives excellent seed-to-soil contact for rapid germination.

The golden rule of autumn crop establishment is that the amount of soil disturbance at drilling needs to be less than any pre-drilling cultivation, that’s according to independent soil expert Philip Wright. 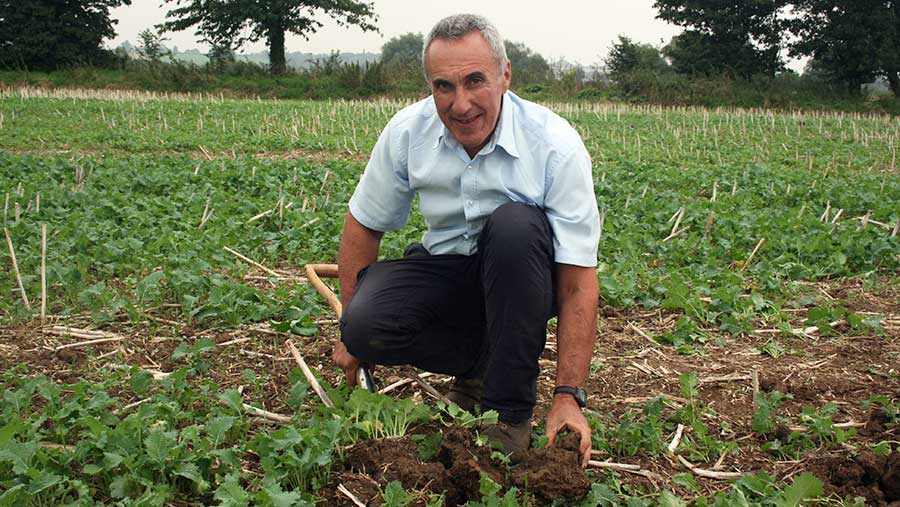 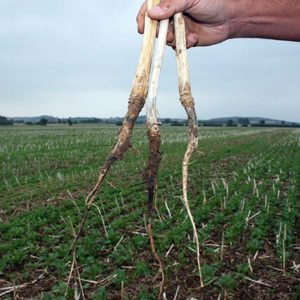 Mr Wright says growers should take the opportunity presented by later drilling to remediate parts of fields where there is damage to soil structure.

This may have been caused during a wet harvest, such as combine wheel slip or turning on headlands.

He does stress, however, that metal isn’t always the answer.

Use a low-disturbance leg to slightly lift and fracture areas of compacted soils at the right depth.

Following this principle, he encourages growers to dig small pits across fields to determine problem areas.

“Soils this year will be more vulnerable to damage because it’s been wetter. If you’ve got traffic damage then dig down and see what the machine has done.

“If you can give your crop 20cm of well structured soil then you’re okay, provided compaction below such levels is not high.” 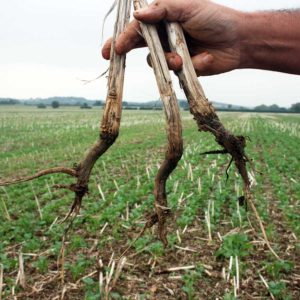 When in a field of oilseed rape stubble, a quick and simple way to test for soil issues is to pull up the occasional stubble and examine the rooting.

If the root is twisted or looks as though it has struggled to push down through the profile then this a clear indicator of compaction down below.

Remember that much of a field’s structure may be perfectly fine, so don’t waste time and money cultivating soils – or parts of fields – that don’t need to be worked.

Use the ribbon test to roll soil into a sausage shape – if it turns to plasticine and shows no sign of breaking up then the land it too wet to work on.

Watch the video below of Philip Wright discuss the importance of soil structure.

Once any major damage has been tended to, Mr Wright recommends deploying a short-term cover crop or even relying on volunteers to dry the soil out and help create a natural seed-bed to drill into later on.

“You really need these green pumps in the ground. It is something else to think about but it is a way of getting the fine crumb on top without using cultivations. It’s all about getting the soil to open up.” 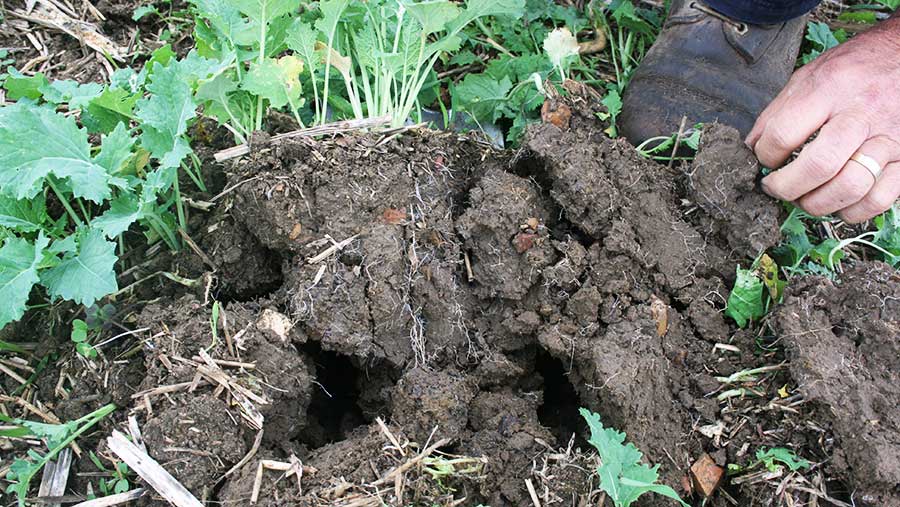 The wetting and drying affect makes cracks in the soil that swell, and this natural weathering helps create a more friable structure. In an autumn which starts damp, the moisture removal effect, plus this natural structuring, can help later drilling as the soil dries faster than where fields are left fallow. 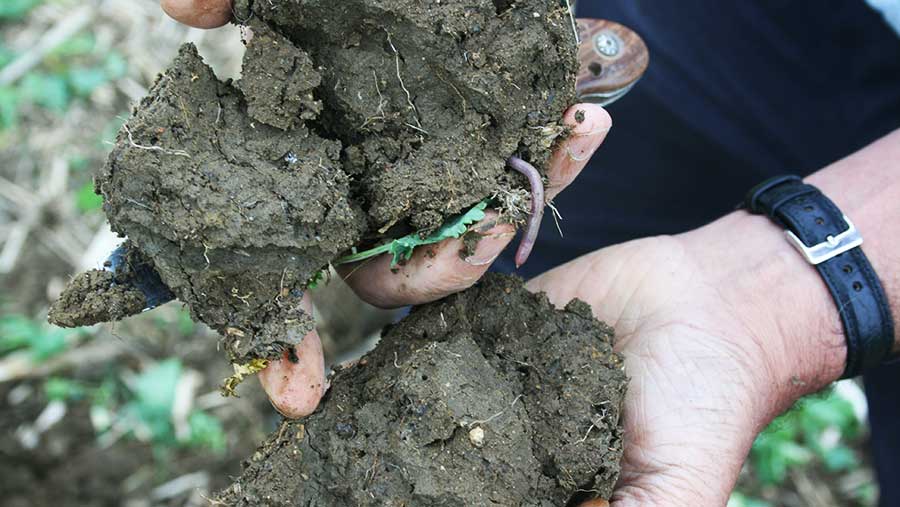 Mr McKenzie has four years of no-till establishment under his belt at Hoo Farm near Little Staughton in Bedfordshire.

He says the key to good autumn establishment on his predominantly heavy clay soils is getting structure right and making sure land will travel when it comes to drilling in late October. 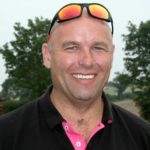 “We need the right conditions to drill late. So we looked at an oil radish, phacelia and linseed mix drilled a couple of years ago after the combine to draw the moisture out and open up the structure to help us travel and we have repeated it with a slightly different mix this year.”

Watch the video below of Russell McKenzie explains how cover crops are helping him drill later on heavy land.

Testing by crop consultants Adas revealed that blackgrass seed shed in 2017 has a moderate-to-high dormancy level.

This, in theory, means growers may need to be extra patient when seeking to control the grassweed as it will take longer to germinate. 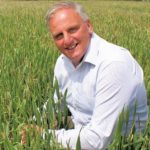 However, Agrii’s head of agronomy Colin Lloyd says blackgrass dormancy is a red herring and urges growers to instead focus on the amount of grassweed seed returned at harvest.

“Don’t get fixated on whether it is a high or low dormancy year. If it is wet or there is movement of the soil then blackgrass will germinate,” he says.

If a significant amount of blackgrass seed has been returned to the seed bank this year, then the plough should be considered as a reset button.

However, Mr Lloyd stresses that the caveat with this approach is that the ploughing must be done perfectly to fully invert the soil and bury the seed to a depth that renders it unviable.

If this is not done, growers will do more harm than good by distributing the seed throughout the soil profile and potentially ruining the soil’s natural structure. 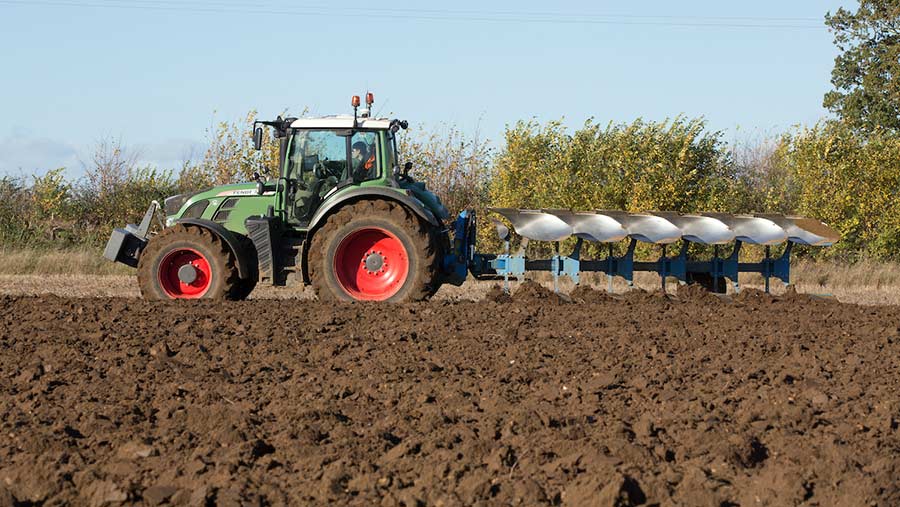 See also: How to plough to bury blackgrass seed 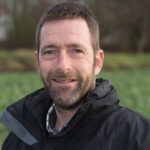 “Drilling later on in the year means shorter days and cooler conditions. That means grassweeds will be growing less quickly and will stay in the optimum zone for herbicide activity for up to 50% longer than earlier on in the season.”

Soils also tend to be more moist in October compared with September, which also helps the pre-emergence chemistry work to the best of its ability.

Whatever happens this autumn, Mr Adkins says growers cannot afford to have blackgrass coming up in the crop.

Mr Adkins also strongly advises basing a pre-emergence programme around a flufenacet and diflufenican product, such as Liberator, and then stacking alternative actives depending on the severity of the blackgrass problem. 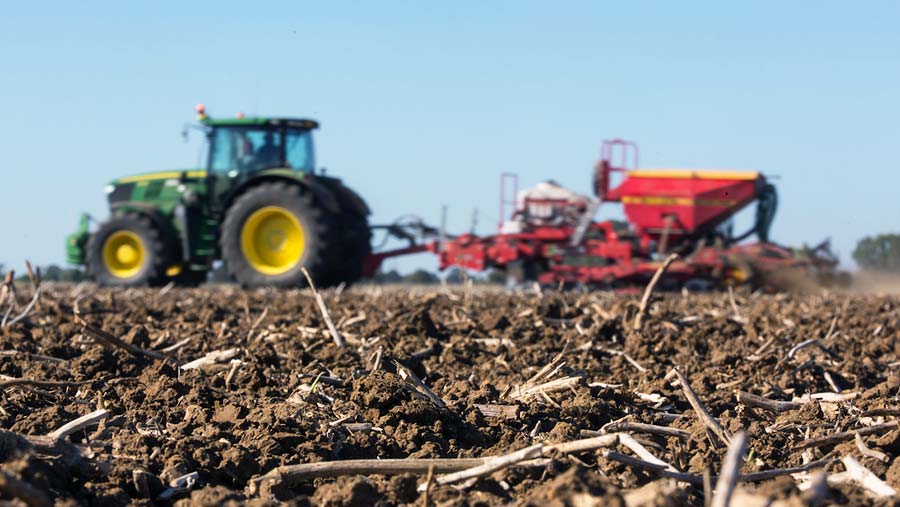 “There is no case for drilling wheat early on blackgrass land anymore” – that’s the unequivocal message from Mr Lloyd, Agrii’s head of agronomy.

By early, that means in the month of September, generally speaking.

“If you are going in with cultivation work, do it, leave it alone for six weeks, then spray it off and use a low-disturbance drill to establish the crop.”

When filling the drill with treated seed don’t forget to wear protective clothing and take precautions to avoid spills – you are handling a pesticide like any other (see “Checklist for drilling treated seed”).

Remember that seed depth is important to avoid herbicide damage to the crop, so make sure there is a good 30-40mm of settled, crumb-like soil to protect the seed from the chemistry.

The best way to ensure this is to keep the drill maintained and calibrated to the manufacturer’s specification and make the effort to get out of the cab and check the seed placement.

Mr Wright says the rule on tyre pressures is to keep well below 1 bar or in single figures PSI, as most crop roots will be able to find their way through the amount of compaction these pressures exert on the ground.

Rolling after drilling not only helps seed to soil contact, it also encourages blackgrass to chit and helps herbicide efficacy, adds Mr Adkins.

AHDB monitor farmer, Russell McKenzie agrees that late drilling in blackgrass fields does work, but notes that if growers can’t get back on to apply a pre-emergence herbicide then the effort is wasted.

This is why he aims to be as time efficient as possible. Avadex granules are applied off the back of the rolls which are as close behind the drill as possible and then swiftly followed by a pre-emergence spray.

Agrii’s regional technical adviser, David Felce, stresses the importance of applying a pre-emergence herbicide within 48 hours of the seed hitting the ground.

Watch the video below of David Felce giving his tips on getting the best from pre-emergence sprays.

Mr Felce says growers should think of the pre-emergence herbicide as a lid that keeps blackgrass from punching through the soil surface. 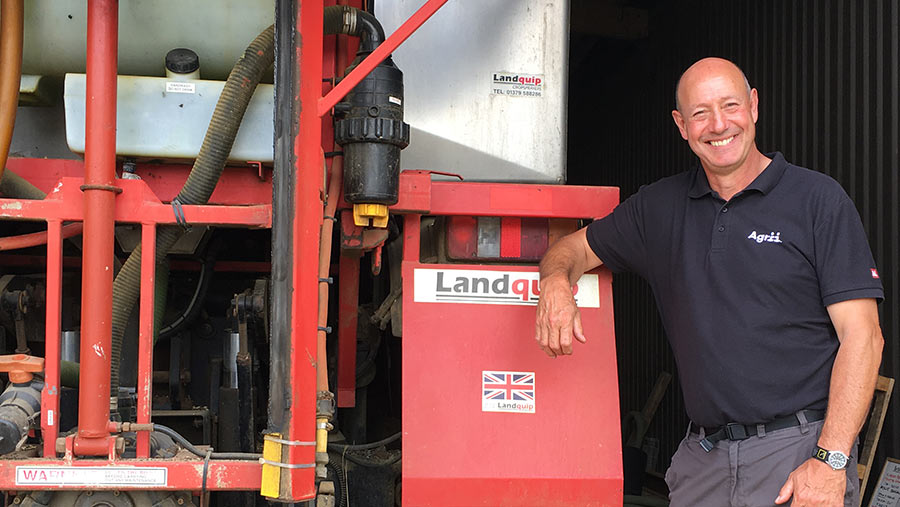 It’s important to keep drift to an absolute minimum to get the most out of the chemicals applied and prevent unwanted environmental impact.

“Boom height is the most important influencer of drift,” explains Mr Felce.

“Set the boom at 50cm, but if your sprayer doesn’t go down to that level then using an 80deg nozzle would allow you to run at a higher level as the spray droplet size will be larger.”

Make sure forward speed is 12kph, use 05 size nozzles that deliver a medium-quality spray, and Mr Felce says a water volume of 200 litres/ha is better than 100 litres/ha.

See also: How to reduce spray drift this autumn

“We increase water volume for canopy sprays such as blight sprays and I would argue that the ground is the biggest canopy you’ll ever spray, so you need that best possible coverage.”

Run the sprayer at 3 bar pressure to deliver 200 litres traveling at 12kph – and remember that the product being applied can only be as good as the quality of application.

Always check the product label when it comes to complying with new rules on buffer zones, as getting it wrong can cost you a lot of money.