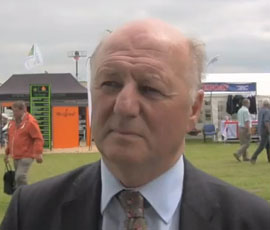 Farm minister Jim Paice has ruled out a return to stubble burning – despite calls from growers battling blackgrass problems.

There were better ways of controlling blackgrass – including cultivation. Burning fields of straw didn’t make economic sense, he added.

A return to stubble burning was off the agenda and farmers should forget the whole idea, said Mr Paice.