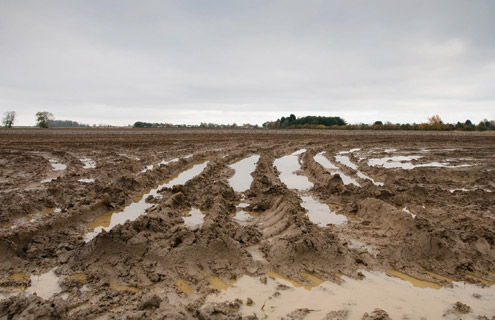 The stark headline of Stephen Carr’s opinion piece “TFA is wrong to say land values are not a driver for farm rents, certainly caught my attention when reading last month’s edition of Crops.

Ready to charge in cerebral battle as I stood on my moral high ground, I lifted my brightest red pen to cut through the words of his article. The faint flattery of his opening lines did little to deter me in my quest; indeed it made me all the more determined to prove him wrong.

However, just as I was about to thrust a robust red line through the heart of his argument I found myself in happy consensus with my apparent foe.

The TFA continues to hold the belief that the specific land value of the rented area upon which a rent review is being conducted should have no direct impact on the rental value agreed between the parties for that land. In that sense the main argument being made by Charles Cowap, the principal lecturer in land management at Harper Adams University is still, in my view, flawed. In the absence of an agreement between the parties to a rent review, an arbitrator would apply little or no weight to evidence concerning the value of land upon which the review was taking place.

However, I can also agree with Stephen’s position that particularly large owner-occupiers with a burgeoning net worth and an unrealistic sense of their ability to spread fixed costs over additional land and gain economies of scale, is having a damaging, inflationary impact on farm rents, particularly for land let as farm business tenancies.

Last autumn, on the back of predicted high output prices (particularly for arable, but also for beef and sheep) coupled with a strong, expansionist desire, tender rents for farm business tenancies have been at eye-watering levels, regularly in excess of £495/ha (£200/acre). Compared with rents on traditional tenancies let under the Agricultural Holdings Act 1986, which take into consideration farm profitability, tender rents for farm business tenancies are running at anything up to three times their level. This is simply not sustainable.

However, the exceptionally wet weather over the past six months has left many with a poor harvest and without winter or spring crops in the ground for harvest this year. Even those who have managed to drill are looking at crops which have either died underwater or are unlikely to produce anything like a decent yield or quality of crop.

As rent invoices now begin to land on farm office desks for the normal payments due six months in advance, I suspect a large number of individuals will be wishing that they could turn back the clock to before they allowed hubris, scarcity and the economics of the madhouse to encourage them to bid over the odds for the unproductive land they now hold.

Sadly, however, it is the actions of an irresponsible few which are being used against others attempting to take a more realistic approach, but who are wholly or mainly reliant upon land let for their farm business. It is simply unsustainable to try, as some land agents are doing, to apply some of the ridiculous tender rents to rent reviews elsewhere.

We need to see a more responsible tender market in let land. It behoves both landlords and potential tenants to take a realistic, sustainable long-term view factoring in volatility in prices, costs and weather. To date some have been too eager to offer high rents and landlords have been too eager to accept them without having due regard to the consequences of their decisions.

So Stephen and the TFA are not so far apart after all.

George Dunn is the chief executive of the Tenant Farmers Association, an organisation dedicated to the agricultural tenanted sector which lobbies government and gives advice to its members.